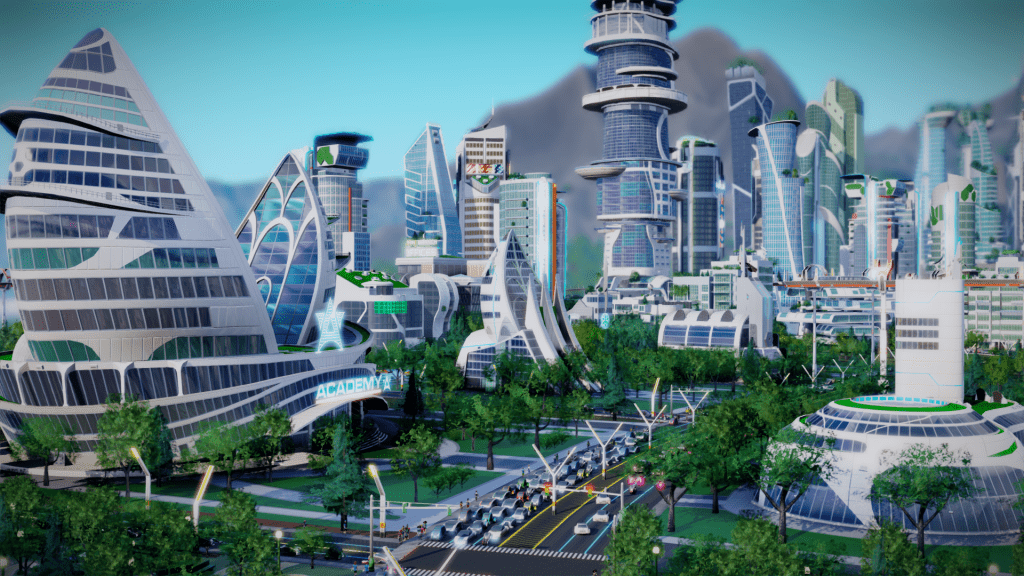 As was announced earlier this year, Electronic Arts and Maxis have decided to made the final expansion back to The Sims 3 let the Sims visit the future which they can influence by their actions in the current-day world. It seems like they also have similar plans for SimCity with their announcement of SimCity: Cities of Tomorrow, the first paid expansion pack for the game.

SimCity Cities of Tomorrow gives players the ability to transform their cities as they take them on a journey 50 years into the future. Using new technologies and experimental urban planning techniques, mayors will shape the destinies of their cities, thriving in a utopia of clean technologies, or a dystopia of hyper-commercialism.

SimCity Cities of Tomorrow gives players an entirely new way to dream about their city of the future. New regions, new future technology, new city specializations and new transportation methods will transform the way that cities take shape and evolve. Will they create a utopian society underpinned by clean technology under the auspices of the Academy, or encourage giant corporation OmegaCo to strip-mine natural resources and pollute in the name of feeding consumerism?

For the first time in the history of the franchise, cities can be built vertically with enormous multi-zone MegaTowers that extend high into the sky and dwarf the rest of the city. Education and research will help players discover new technologies that make their cities less polluted, less reliant on natural resources, managed day-to-day by service drones and fueled by green energy. As the population increases, Sims will live, work, and play closer together. When players have finished deciding whether they want their Sims to live together in harmony, or as members of an exploited workforce, they can rain chaos upon them by unleashing an all-new disaster exclusive to this expansion pack.

SimCity: Cities of Tomorrow is currently in development for both PC and Mac devices for a planned 14th November 2013 release date. It will require the original SimCity base game, although may very well be released as a set with the original game as well as stand alone (Not confirmed yet).

Will the world of tomorrow be a utopia powered by clean energy or an industrial society consumed by mass commercialism? With SimCity Cities of Tomorrow, players can build the future as they imagine it. Transport your Sims on MagLev, power your cities with fusion reactors or tidal wave generators, manufacture a legion of drones to serve your Sims and build massive MegaTowers that dwarf modern skyscrapers. We’re giving you plausible technologies to take your cities onto a journey 50 years into the future. What will you create?