Nyu Media Confirm That Croixleur Has Successfully Been Greenlit 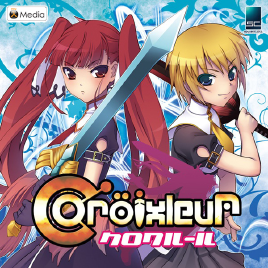 If you are not a major video game publisher, there is a considerable chance that before your game gets put in the Steam Store and introduced to potentially thousands of new customers, you have to go through the Steam Greenlight service. While many games run the risk of spending weeks or months if not more waiting for the right amount of public approval – there is always the occasionally story that a niche title has successfully made it through. The latest title…. Croixleur from Nyu Media!

They confirmed in their announcement post that they have begun to process of putting the game onto Steam – such as extra bug testing, preparation of files and potentially other goodies such as Steam Trading Cards. They have also confirmed that they will be providing Steam keys to everyone who purchased the game prior to this announcement.

I reviewed the game earlier this year, a review of which you can check out HERE.