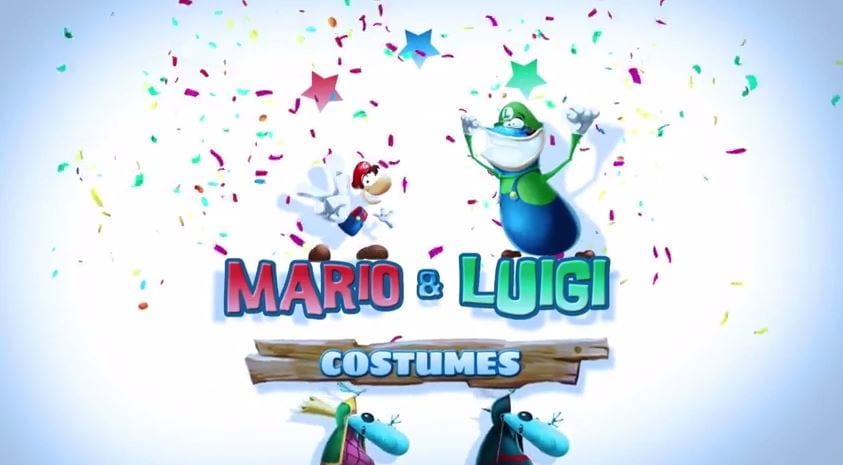 Despite its predecessor “Rayman Origins” being a multiplatform success, Rayman Legends was originally set to be a Wii U exclusive title. Over the course of time Ubisoft decided that targeting a single platform was not in their best interests and confirmed it for pretty much every other current-generation console on the market.

It was confirmed during last nights Nintendo Direct conference that Ubisoft would be incorporating costumed based on Mario and Luigi for Rayman and Globox respectively (Despite Rayman’s stature being closer to that of Luigi’s and vice-versa). Assumingly it is set to reignite the old days of Super Mario Bros. where the first player would get Mario and the second player would get Luigi.

Developed by Ubisoft Montpellier using the UbiArt Framework engine, Rayman Legends is set for release on a number of platforms from the end of this month in PAL regions and early-September in North America.