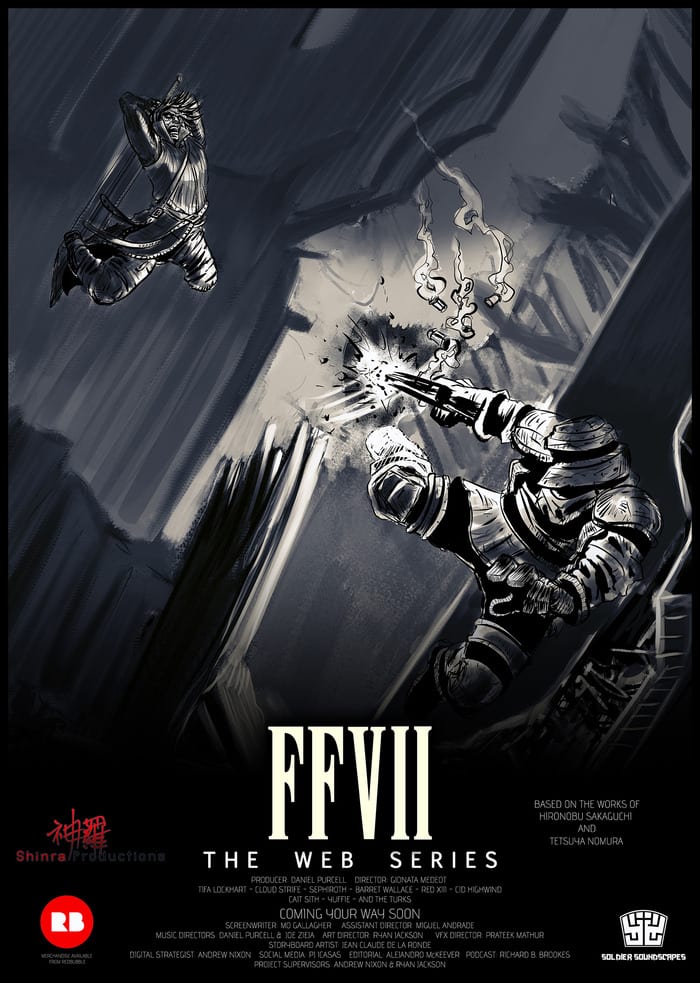 While we are still no closer to seeing that next-gen HD port / remake of Final Fantasy VII that has been demanded ever since it was teased many years ago as part of a tech demo, the game is still receiving some interest. Shinra Productions LLC are one such group still interested in the title and have recently launched a Kickstarter campaign for the unofficial Final Fantasy VII: The Web Series.

Currently the plans are for there to be at the very least one season consisting of at least 5-6 episodes of about 15 minutes in length. Of course this may very well be expanded to cover the entirety of the games events over multiple seasons (My wishful thinking at least). The company boasts a crew of over a hundred “multi-talented and established professionals” with experience on a variety of projects as well as having already unveiled that Margie Cox will be playing the role of Tifa Lockheart, Mars Crain (HANCOCK) as Barret Wallace and the enlisting of Team 2X – a group behind Youtube hits such as Ultimate Fan Fights and Jedi Power Battles. More information can be found on their Kickstarter page.

As mentioned in the title they have very high hopes for this campaign, and have a target goal of $400,000. With only $9,099 pledged so far and 28 days to go, let’s hope they can build up some momentum before the time runs out. Head on down to their Kickstarter page HERE.