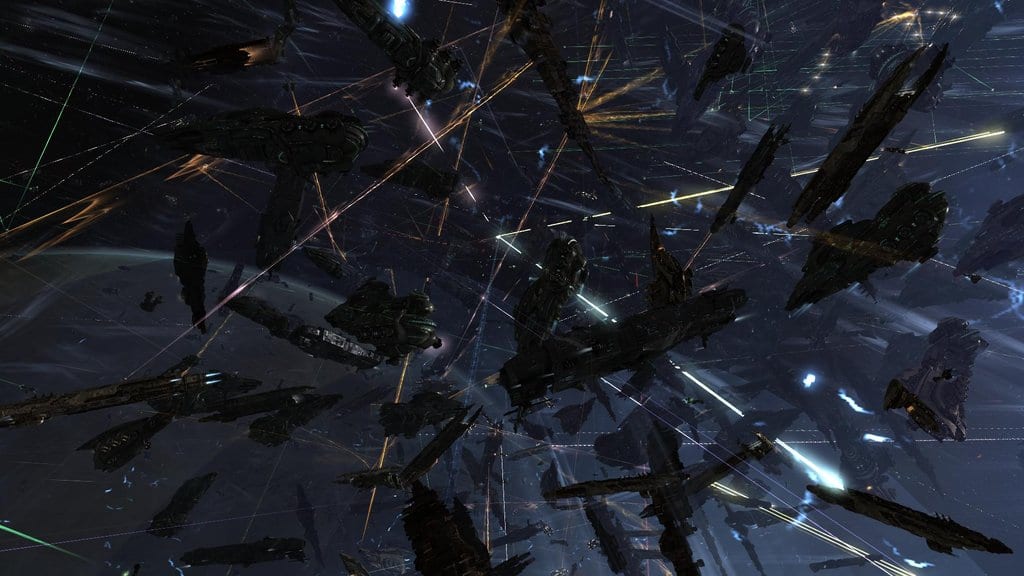 EVE Online is very different from almost every other online game on the market. There are no set character classes, enemies to defeat or fantasy world to traverse – instead most of the game takes place from the comfort of your own ship/pod and your goal is to build an empire through almost means necessary. From quests to pirating, as long as it doesn’t involve any of the big no-no’s in any online game (Account stealing, client modification etc) you are free to do it.

When you play an online game, how many people do you expect to take part in a raid with you? 10? 20? 50? 100? This weekend EVE Online saw its biggest battle yet which spanned eight straight hours of spaceship destruction and saw over 4,070 players from around the world fighting in a single solar system. The Battle of 6VDT-H, between the CFC coalition and TEST Alliance and allies (all of which are players), was one of the peaks of a conflict that started with the release of the EVE Online: Odyssey expansion and resource redistribution of natural resources around the universe.

If you didn’t pick up EVE Online via the Steam Summer Sale, CCP Games have the usual 14-day Trial still on offer via their official website.