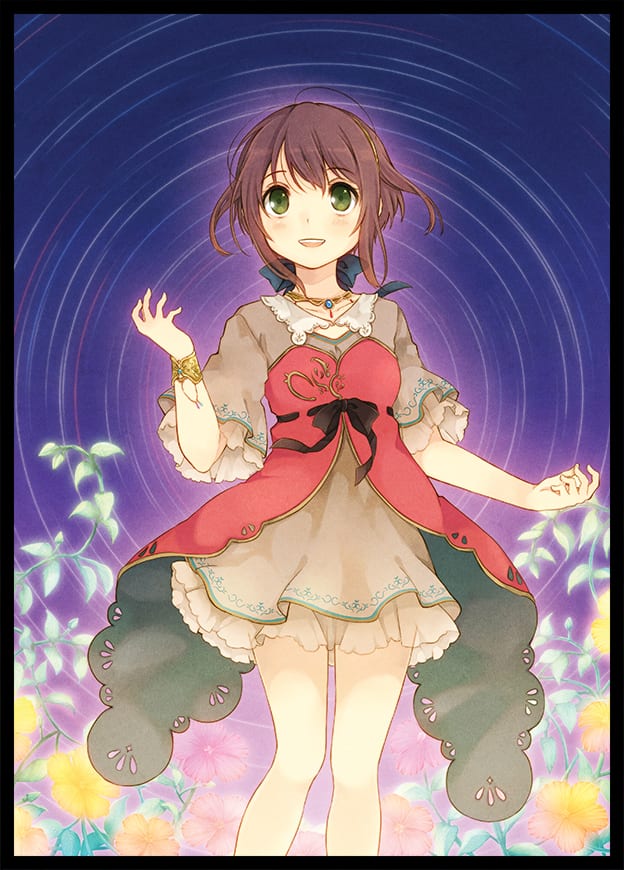 With Atelier Escha & Logy more or less out of their way now and with no plans for Atelier Ayesha Plus in their sight – GUST have decided to work on a new IP in the form of Chronos Materia for the Playstation Vita.

This game follows a group of characters who find themselves in a world where humans no longer exist or at least don’t reside in. As the Chronos element of the title suggests, there will also e some time manipulation elements that should allow you to alter time (eg. Rewind) in order to change how events unfold.

The game is exclusive to the Playstation Vita and is set for release on the 26th September 2013. Below are the recent screenshots released for the game which includes the battle and time manipulation elements as well as character artwork for four of the games characters – the protagonist Iris (Airisu), Time (Taimu),  Primula (Purimura) and Shion.