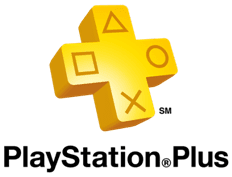 As they do each month, Sony Computer Entertainment (Australia) have unveiled what will be available to subscribers of the Playstation Plus service during the month of July – both for the Playstation 3 which the program initially started on and the Playstation Vita which the service expanded to at the end of last year.

On the Playstation 3 end of the service you can expect to see Battlefield 3 be made available with both heart-pounding single player missions AND the competitive multiplayer action modes which the game franchise has been known for. Another addition is PAYDAY: The Heist, where you are tasked to ‘cash in before you cash out’ in this action filled first person shooter game. Players take on the role of a hardened career criminal executing intense, dynamic heists in constant pursuit of the next “big score”. Navigate diverse urban settings with three partners in crime—controlled by either A.I. or your best buddies in co-op multiplayer. Load out with an array  of weaponry and equipment as you embark on a spectacular crime spree through six high-stake heists, including banks robberies, prisoner extractions and armoured car hijackings.

The last notable addition to the service for the Playstation 3 during the month of July 2013 is the open world action-adventure Saints Row: The Third. Years after taking Stilwater for their own, the Third Street Saints have evolved from street gang to household brand name with Saints sneakers, Saints energy drinks and Johnny Gat bobble head dolls all available at a store near you. The Syndicate, a legendary criminal fraternity with pawns in play all over the globe, has turned its eye on the Saints and demands tribute. Refusing to kneel to the Syndicate, you take the fight to a new city.

OF COURSE, the Playstation Vita is also set to receive a set of new additions including Ninja Gaiden Sigma Plus and Unit 13. This of course joins the already available goodies such as the 2GB of cloud storage (1GB for each platform), automatic updates and a collection of dynamic themes and Playstation Network avatars. Of course, once the Playstation 4 is launched you can expect much more from the service – with it being required to take full advantage of the consoles networking capabilities (Although hopefully normal membership will not be as limited as its current-gen competitor the Xbox360).