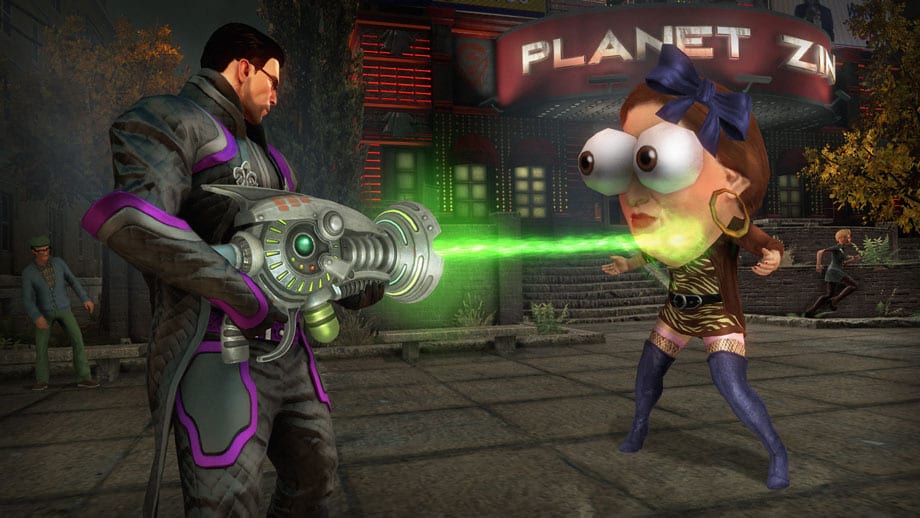 On the very first day of 2013, the Australian Government enacted the Guidelines for the Classification of Computer Games which for the first time in the countries history allowed for games to be classified as R18+ whereas in the past they would either need to be classified as either MA15+ or refused classification entirely. There have been a handful of occasions where games have been granted the R18+ rating – some justified and some completely outlandish (Need I remind gamers about the formerly PG game Atelier Totori having its almost completely faithful PS Vita port classified as R18+ for References to Sexual Violence?).

But today we have the very first game to be refused classification by the Australian Government Classification Board since the new guidelines came into practice. Acting Director of the board Mr Donald McDonald announced that Saints Row IV has received the infamous RC classification and will not be available for purchase at all in the region. Apparently the board concluded that the game included interactive and visual depictions of implied sexual violence which are not justified by context as well as elements of illicit or proscribed drug use related to incentives or rewards.

Seems like after six months of respite from the dreaded Refused Classification rating, it has once again reared its head to taunt fans of the series – especially those who have been following the other installments in the series. On the other hand, the board have classified 17 games R18+ in this period although it remains questionable just how many of these would have joined Saints Row IV otherwise.

Facebook
Twitter
ReddIt
WhatsApp
Pinterest
Telegram
Previous articleYakuza 1 & 2 HD for Wii U – Trailer Describing How You Can Enjoy the Game With the Family Around…. or Not
Next articleNintendo of Japan Confirm a Pikmin 3 Nintendo Direct Conference for Tomorrow