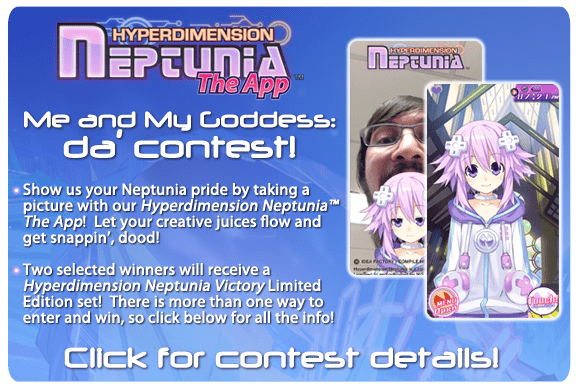 Nippon Ichi Software America have today announced a brand new event for their Hyperdimension Neptunia App for the iPhone, which was released in the lead-up to the Playstation 3 release of Hyperdimension Neptunia Victory. The app itself allows you to interact with two of the four CPU goddesses from Gamindustri (Neptune & Noire) via taking pictures with them as well as buying new voice packs and different costumes for them to wear. The app also has alarm and calendar functionality if you are after something different than your phones standard functions for these purposes.

Returning to the contest, you are asked to take a photo of you and your favorite Neptunia character to show your love for Gamindustri’s goddesses. Once you take a photo of yourself and the goddess of your choice, tweet your photo using the hashtag nepappcontest as well as following/tagging @NISAmerica.

The contest begins on the 18th June 2013 and continues until the 8th July 2013 at 11:59pm PDT. Winners in turn will be selected and contacted by the 17th July 2013. These lucky two people will each receive a Limited Edition package of Hyperdimension Neptunia Victory.

For more specifics on the event, visit its official website HERE. 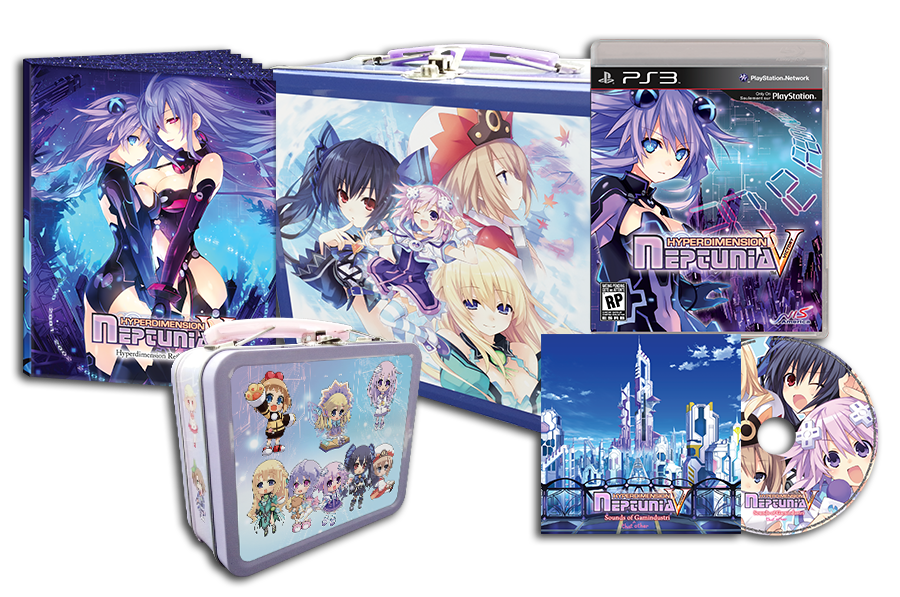