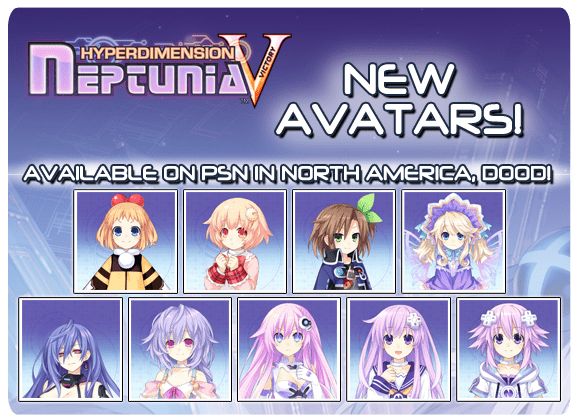 While fans are still left waiting for the company to release the full set of DLC content for Hyperdimension Neptunia Victory (The most recent DLC set in PAL regions including new party members Compa and IF), Nippon Ichi Software America have released yet another set of Playstation 3 avatars via the Playstation Network Store for North American audiences.

The company have also today launched their Prinny Pride campaign which you can read up more on in the following article: Join NIS America’s Prinny Squad Contest – Net Some Cute Prinny Goodies.