For those who missed out on the news, Nintendo this morning hosted one of their Nintendo Direct conferences, this time with a focus on their Wii U console. To be honest, since about two or three weeks since launch my Wii U console has seldom been used, and given the number of interesting – even niche titles released for the Wii console I have been feeling a bit underwhelmed with the consoles release slate so far. Their announcements today, while it might not solve this issue for me… does seem like the console is slowly going on the right track. 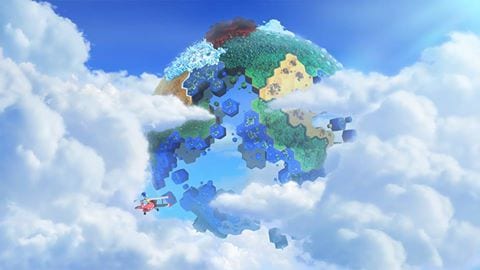 The biggest announcement of the day was that SEGA’s next game in the Sonic the Hedgehog series will be exclusive to their Wii U and Nintendo 3DS platforms – with the confirmation of a worldwide partnership announced by Nintendo President Satoru Iwata. Unfortunately aside from being an “action-adventure platforming game”, we have to wait for more information to be announced before or during the E3 2013 event. The game is known as Sonic: Lost World.

Okay, so we don’t have any Olympic games on this year, but this doesn’t seem to stop the characters from the Mario and Sonic series going head to head in a number of sporting events! While details remain limited, we do know that some of the sports will include: curling, skiing, snowboarding, figure skating pairs and snowboard slopestyle (Evidently this may be more of a winter sports game). Different events might use the Wii Remote Plus controller, Wii U GamePad or both.

Okay, I will be honest…. I would rather see less promotion of this set of 82 levels and more having it released to the eShop for us to actually play. However, alongside the 82 courses they have confirmed a new playable character in the multiplayer mode: Nabbit, the thief who steals items from Toad Houses. Fortunately we don’t have to wait much longer, with a digital download release planned for the 21st June and a standalone packaged version on the 27th July.

Yet another game that I have been waiting to see released on stores. Platinum Games are set to launch their superhero action adventure title from the 24th August 2013.

New playable characters Alph, Brittany and Charlie are to take over from Olimar, the main character who appeared in previous Pikmin games. Another announcement is the use of the GamePad (known as the KopPad in the game), where players can view the overall map and grasp what each character and Pikmin are up to.