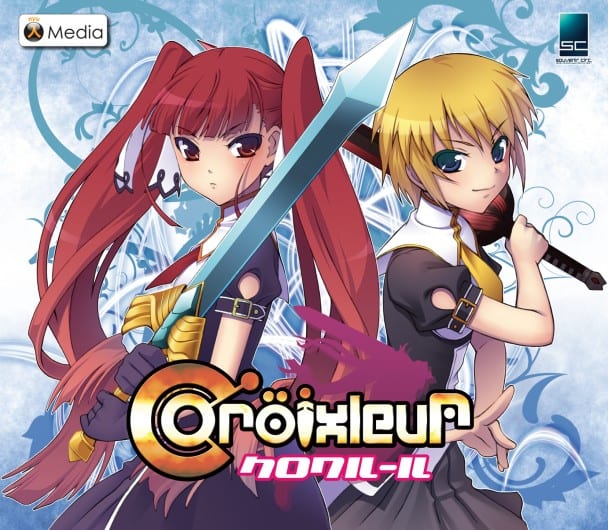 Ilance: A land ruled over by a brave and wise Queen, and in which two factions, The Aristocrats and The Knights, have for generations vied for power…

Tonight, two prodigies, one from each faction will do battle in ‘The Adjuvant Trial’, a ritual held since the founding of the nation and that decides which faction will hold military and political authority  and protect the Queen, the living symbol of the realm.

The fate of the nation is at state as these two girls set aside their childhood friend and undergo a trial in which there can be only one victor. 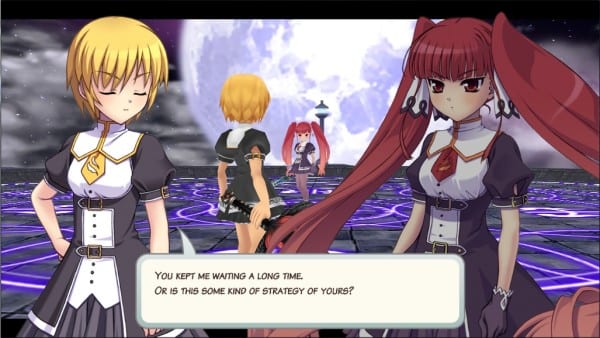 With all of their “First Wave” titles out of the way, Nyu Media have started releasing their second set of of titles which includes quite an array of releases from the challenging 2D Platformer Eryi’s Action to shoot ’em up Kamui. The second of the titles to find a digital release on the PC is Croixleur – a high speed 3D Hack and Slash with RPG elements embedded into it developed by the Japanese studio souvenir inc. For its price, the game is pretty good value in my opinion, however can feel repetitive at times and could use more content to keep your attention and warrant more than one or two playthroughs.

Croixleur follows the storyline of two girls – Lecrezia Visconti of the Aristocrat Faction and Francesca Storaro of the Knight Faction. The two factions reside in the land of Ilance, in which both parties seek power in. To determine which faction will take control of the nation, each of the factions send their best student into The Adjuvant Trial where the one who emerges from the monster-filled tower claims rule for their Kingdom. In this story you control Lecrezia as she traverses her way through the trial.

The plot itself sounded pretty interesting, and I would have loved to have read more into it but unfortunately with the quick gameplay mode it ended up being under-utilized. The “Story Mode” started off with the two girls entering the trial area, hinting at a rivalry between the two of them. However, from there you end up spending more time battling than you do reading into the story with only a few scenes intermittently spread across the entire mode and a handful of alternate endings.

Granted for its length I don’t know how they would have incorporated a more complex plot into the mix – but overall in the end the storyline was promising but fell short of the mark. 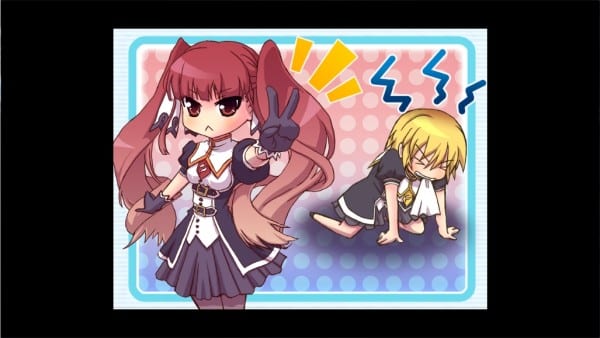 Croixleur is aesthetically pleasing both in terms of the environment and character designs, although while the quality is pretty good the issue faced with the design is that they do come across at times as simple and lacking in variety. The battle animations are also simple as well and are well incorporated with no noticeable issues. The main issue with this release in terms of design is that there are far too few enemy designs, most of which are exhausted after the first few levels then replaced by slightly altered in colour versions of them – especially where tactics do sometimes come down to visual appearance. While character models are in 3D, character portraits, their appearance in the HUD and in CG artwork are all anime-style, and suited / matched up with the character models well.

Music on the other hand fared a bit better, and while consisting of only a small number of tracks suited the intended setting and I think helped draw me in to the gameplay. Unfortunately all scenes in this game have no voice acting which is a pity but to be expected, with a few lines of voice acting introducing the title, menu options and development studio – assumingly the intended voice representation of Lecrezia. 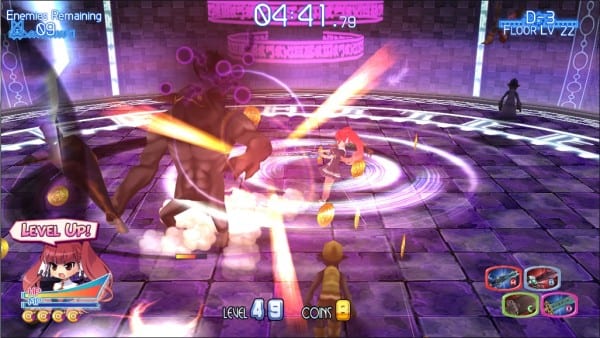 Croixleur sets itself up as being a an Arcade Action Hack and Slash title, and this is exactly what it delivers. The games main mode is the “Story Mode”, where you as Lecrezia must make your way up a tower, defeating all the enemies on the floor and progressing your way to the next floor. The catch is that assumingly as this is a race between you and Francesca – you only have fifteen minutes (Excluding cutscenes) to do it in. Every floor consists of a circular room with enemies spawning around it – with the sole objective being for you to slash, jump, dash and “Special Attack” your way to defeating them all. It is a simple system that starts off very easy – but as you progress you soon realize that the game was doing nothing but lull you into a false sense of security where they throw out the much stronger enemies, with stronger attacks and more HP.

HP is equally important as time in this game, and even if you are at one level off completion if the 15 minute timer expires or you lose all your HP you end up with a Game Over and have to work your way up from the bottom again. While doing so resets your characters level – as you progress through the tower you can unlock up to ten unique weapons which can be used on the next run – boasting a new aesthetic appeal and new skills. The game also throws in a multi-route system for the stages – where you are presented with two or more portals at the end of a stage and whatever route you choose will provide you with a new stage with potentially different enemies (I am assuming this as it is never explained). 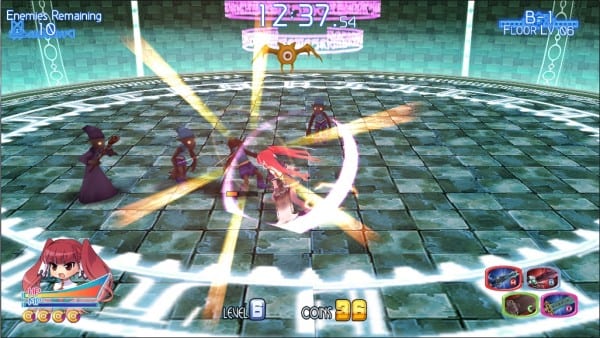 Outside the Story Mode you are provided with two further modes to spend your time on – Score Attack Mode where you are given three minutes to defeat as many enemies / waves of enemies as possible within the limit without reaching zero HP. For those who scoff at only having three minutes to work with, they have also provided an Endless mode where your only limitation is HP. These modes are fun and after you finish the Story Mode there is ample value in them.

Unfortunately I found that Croixleur was very prone to crashing, and the first three attempts at completing Story Mode found the game crashing back to desktop in the final levels which proved tedious and what data is carry-overable does not autosave.

Asides from this issue, Croixleur proved to be a simple, fun and challenging title to play for its reasonable price of only $4.99 through a number of digital distribution outlets (Steam Greenlight campaign currently in progress) – although it is lacking in replay value and may not be a title you will keep coming back to time and time again.