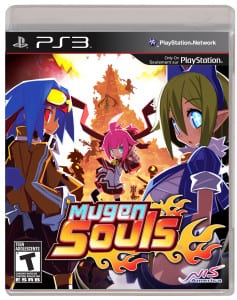 There exists a small galaxy in the universe containing seven worlds, shimmering in seven colors… These worlds exist and act independent of one another. This has allowed them to develop and nurture rich, unique cultures. Then one day, a decree was sent out…

“I’m gonna make everything in each of these worlds bow to me!” – The Undisputed Goddess, Chou-Chou 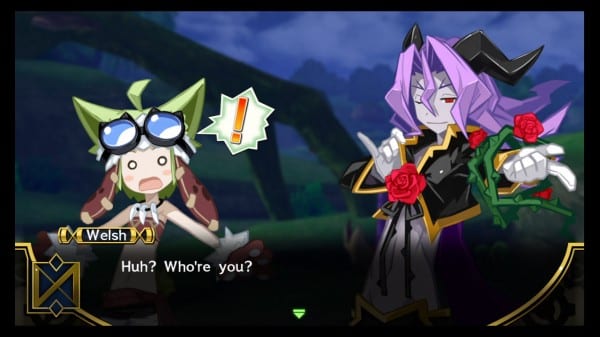 While the game may not appeal to those whose RPG-diet consists primarily on mainstream RPG’s such as the Final Fantasy series, those who have become acquainted with NIS America’s more unique RPG releases over the years will feel right at home with their latest English-localized release – Mugen Souls. Back in April 2012 I wrote an almost full-review of the game based on the Japanese release which I encourage you to read HERE. While the game had some issues it still walked away with a B+ as it provided an overall enjoyable experience akin to other recent Compile Heart titles including Hyperdimension Neptunia Mk.2 (Especially) and Trinity Universe.

That being said, as I have already reviewed the game, elements such as gameplay which were touched upon in the previous review will not be of focus here. Instead the key focus will be on the English localization work done by NIS America which was not targetted in the original review. So… given the possibility to now give the game a finalized grade how did it fare? Read on to find out. 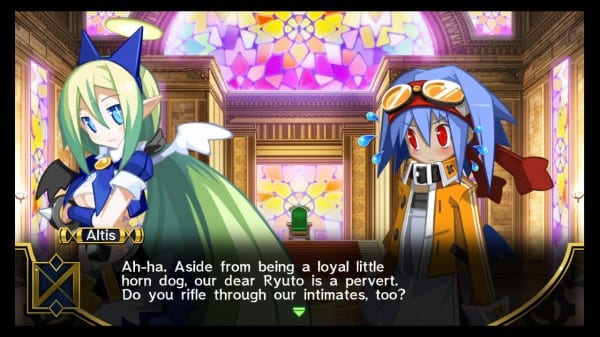 Mugen Souls follows the story of Chou-Chou, a petite girl who claims to be the Undisputed God and plans to conquer each of the seven worlds in the galaxy – each of which have been named (originally) after the Japanese days of the week (Sun, Moon, Fire, Water, Tree, Metal and Soil). Chou-Chou has a total of 7 alter egos that take the form of different personalities and can be switched during the game. The eight forms in total all play a role gameplay wise but as to who you select will not impact the storyline at all.

She is joined on her quest by Altis, an angelic girl who lost her right to be a demon due to unintentionally doing good instead of evil and Ryuto who upon meeting Chou-Chou was captivated by her, handed her his G-Castle and became her loyal and devoted vassal. They are also joined by their Prinny-esque mascot characters Shampuru who serve as Chou-Chou’s peons.

These three and their loyal peons only make up a small fragment of the character cast – instead as you travel the worlds Chou-Chou picks up additional characters to add to her vassal count. Generally these are the heroes and/or demon lords of each respective area and each of them have pretty interesting personalities from the hero and princess combination of Sun World to the ‘good-guy’ demon lord of Moon World who lives in fear of the hero. Each of them have their quirks and are generally interesting characters to watch during their respective parts of the game. 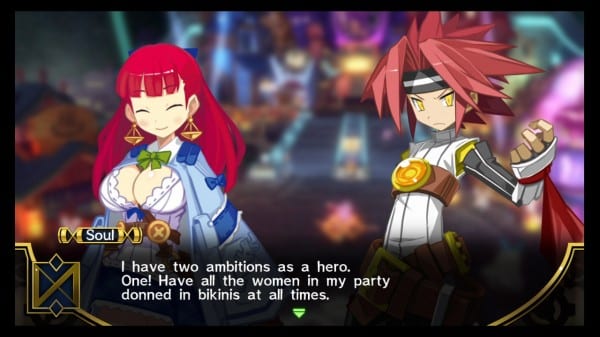 Given its large character cast, it does sort of fall into the same predicament faced by Hyperdimension Neptunia Mk.2 where while the characters appear throughout the story they never really get enough focus for each of them  and asides from the main characters it did sometimes feel that the characters were there for the sake of having them for gameplay reasons. Generally each of the chapters had a focus on a particular world and that was the area for the specific characters to shrine and be added to the party.

But that being said, while each chapter could have been longer, what was provided was what I expected and kept that same charm from previous NIS America released titles. Is it my favorite Compile Heart release storyline-wise? Nope. But given its market was it enjoyable? I think so.

Of course, as you may have read above… the game has earned a classification for “Sexualised Imagery” and “Sexual References”, so it isn’t really a game for the younger gamer and while a certain mini-game was edited out of the game, hot spring events do remain in the standard plot. 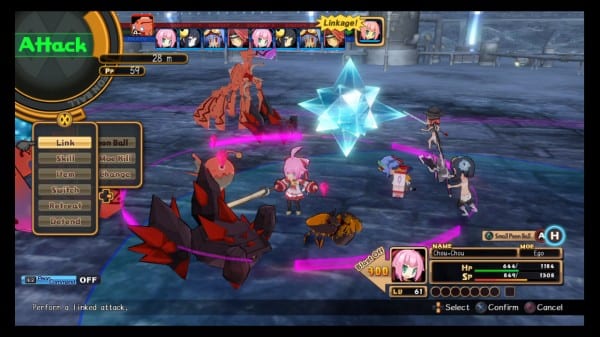 While there are been omissions from the original Japanese release of Mugen Souls in terms of a mini-game and some CG artwork – none of the actual character designs have been altered and hold true to what was stated in my original review. Each world have their own particular theme and are aesthetically pleasing, the character designs are a bit different from previous Compile Heart releases but were well designed and given the game gives you the option to create your own customized character – gives you a pretty good selection of items to customize (Custom Characters) and dress them up (All Characters) in.

For further elaboration on the above plus more, consult my previous review HERE. 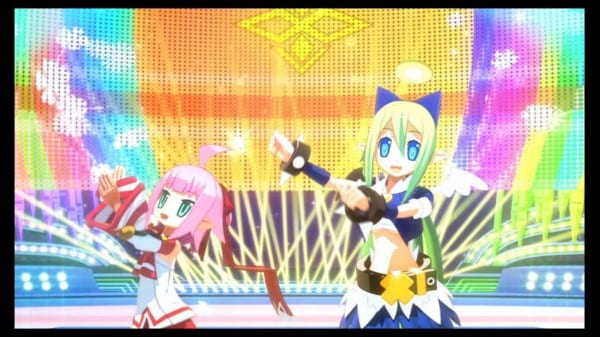 It has been a number of years since I was greeted to a new RPG with a song and dance routine…. to be more specific it was in 2004/2005ish with Final Fantasy X-2. The game comes with an appropriately sized soundtrack including a couple of J-POP tracks which as mentioned just before, the game welcomes you with. The games opening theme Power of Light by Mineko Yamamoto is a solid song with good animation to go along with it.

The game once again gives you the option to go with either English or Japanese dubs while playing the game. As with most NIS America releases I don’t have access to a full English voice cast listing so I can’t mention any specific names, but while not as great as the dub track for say… Disgaea 4 – the new English dub does the job well enough. 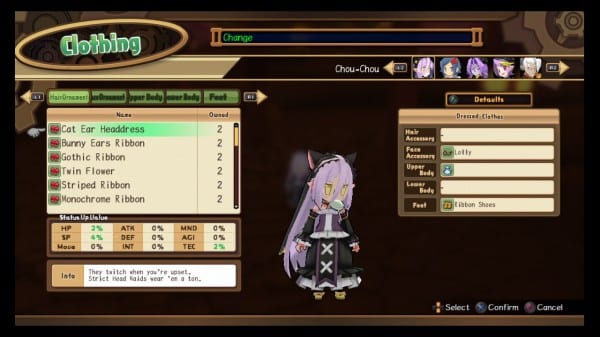 For the most part, the gameplay remains completely unchanged from the Japanese release, so for a further elaboration check out my previous review HERE. Overall the system while simple at first offered a number of complex mechanics for more advanced gamers to work into their battle strategies, a number of things to do outside of the main storyline and is overall an enjoyable experience.

The mini-game which was removed from the English-localized release was a hot springs game where you could use sponges and soaps on a character to increase specific stats. While it sucks that they had to edit it out, they have replaced it with being able to use the soaps/sponges to automatically increase the stats of your entire party – and was never something I bothered to or found necessary use after the first time.

Another annoying aspect which carried over from the Japanese release is that irrespective of Data Install, the game suffers some of the more tedious load times I have seen in any game on the Playstation 3. The loading times are more sporadic however, from quick load times when loading some stages to 5-10 second waits after issuing a battle command. 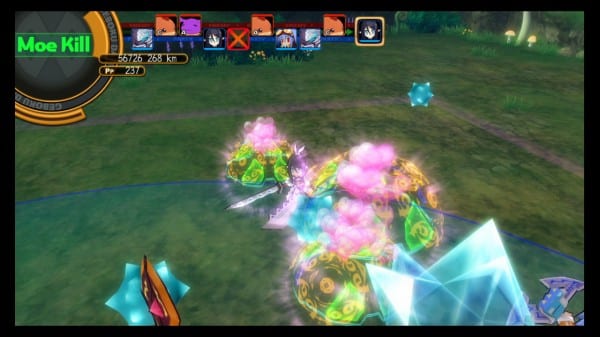 While this game does target a specific niche market and most probably won’t appeal much to those outside of it… as part of the target audience I found replaying this game for a second time to be rather enjoyable and despite a couple of issues here and there think NIS America did a great job localizing this title.

The storyline is enjoyable, the anime-styled designs were of good quality and the battle systems were simple but left room to be creative and take advantage of additional gameplay mechanics… and while if you have played previous NIS America games there might not be something completely new and original… is fun to play through.

Final Score
Storyline/Character Development: B
Design: A-
Music/Voice Acting: B+
Gameplay: B+
Replayability: B
Personal Opinion: B+
Overall Score: B+