Nintendo of Australia Formally Confirm Details on Wii U, Including Suggested Retail Price for the Country 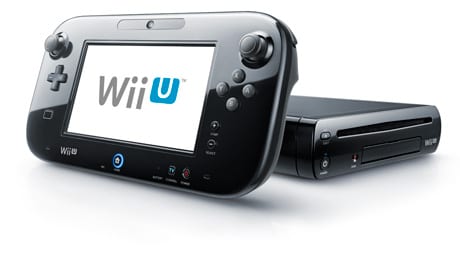 Following today’s European Nintendo Direct presentation, Nintendo Australia have announced that their latest home console, Wii U, will launch across Australia and New Zealand on 30th November 2012. The Wii U is an HD console that offers more choice and variety of gameplay than ever before, with brand new gaming experiences enabled by the Wii U GamePad controller, whether playing alone or together with friends. The Wii U GamePad offers an integrated second screen and can also be used independently of the TV set with certain software.

Two launch hardware packs were announced along with the strongest line-up of launch software in Nintendo history. These include third-party heavy hitters such as FIFA 13 from Electronic Arts,  Activision’s Call Of Duty: Black Ops II, Ubisoft’s ZombiU and Rayman Legends as well as in-house titles like Nintendo Land and New Super Mario Bros. U. The Nintendo Direct presentation also revealed previously unannounced upcoming software titles exclusive to Wii U, such as Capcom’s Monster Hunter 3 Ultimate and Bayonetta II, and even bigger surprise developed by Platinum Games and published by Nintendo.

Now Let’s Get Down to Prices!

The Wii U Basic Pack at the SRP AU $349.95 features a Wii U console with 8GB internal storage and a Wii U GamePad, both in white.

The Wii U Premium Pack at the SRP AU $429.95 contains a black Wii U console and Wii U GamePad, and with 32GB of internal storage provides more space for downloadable digital content. The Premium Pack also contains a stand for the GamePad and console, a charging cradle for the GamePad, a sensor bar and the Nintendo Land software. Both packs also feature an HDMI cable and AC adapters for console and GamePad.

At this moment, the New Zealand prices have yet to be announced but should follow shortly.

In addition to these games, the following is a list provided by Nintendo which outlines all the titles they envision will be released either at launch or during the launch window (Between December 2012 – March 2013)