Go Behind the Wall of the Development for Game of Thrones

Cyanide Studio, the developer of Game of Thrones, talks about taking on the massive world of George R. R. Martin’s A Song of Ice and Fire series to create an RPG that for them is truly a labor of love. The world of George R. R. Martin’s famous series opens further to reveal a new chapter of the story, written under supervision of the author! Travel familiar locations and meet recognizable characters as you take on the roles of two former soldiers of Robert’s Rebellion who have made choices that led them in different directions. Now, despite divergent goals, they must come together to deal with common enemies, surviving countless battles and foiling the plot that threatens the kingdom.

Are you interested in hearing more about the research and planning that went into the upcoming release of Game of Thrones for the Playstation 3, XBox360 and PC? This recent video released by publisher ATLUS USA entitled “Game of Thrones: Behind The Wall”, grands you a behind the scenes look and in-depth details regarding the upcoming game, which is based on the successful novel series A Song of Ice and Fire and the TV series of the same name. The video is narrated by Project Director Thomas Veauclin and Lead Game Designer Sylvain Sechi from Cyanide Studios as they describe how the world of this game was born, their experience working with George R.R. Marin and how the television series influenced their work.

The game’s creators also explain their desire to tell an original story running parallel to the first book of the saga, involving two original characters: Mors of the Night’s Watch, and Alester the Red Priest. They detail the attributes of these two characters that players will embody throughout the game, following a style of narration similar to George R.R. Martin’s in the novels.

Announced with arguably less fanfare than one would usually expect for the next mainline instalment in its franchise, Square Enix announced Final...
Read more
Films

For not the first time in the franchise's long history in the video game market, Assassin's Creed is going to receive a...
Read more
Video Games

If you are fortunate enough to have a pre-order down on an Xbox Series X or Xbox Series S launch console, then...
Read more 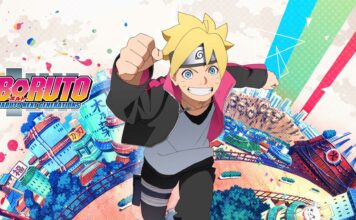 Do You Know How Water-Element Mages Replenish Their Magical Powers?