Ys: The Oath in Felghana Now Available on Steam Thanks to XSEED Games – Information on Games Release 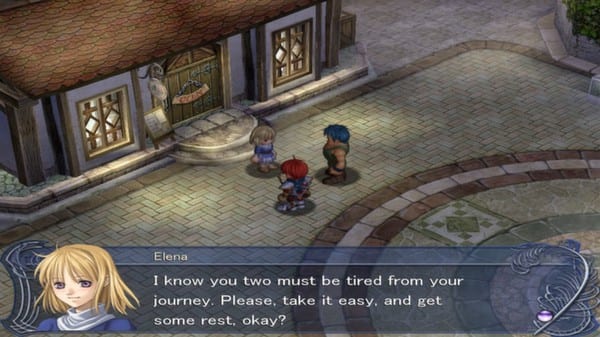 XSEED Games, an “independent-minded” publisher of games to a number of markets have today announced that their release of Nihon Falcom’s Ys: The Oath of Felghana is now available on Steam, providing fans of the franchise another means of playing the game if they for whatever reason cannot play the PSP version. It is available for a price of  $14.99 dollars/€11.99 euros/£9.99 pounds/299 rubles. This will be followed up by Ys Origin in the coming months.

Ys: The Oath in Felghana is an action RPG driven by fast-paced combat and paired with an intricate puzzle-filled world, and an enhanced port for the PSP system garnered many accolades when published by XSEED in 2010. This Steam launch is true to the original Japanese PC release from 2005, but with added Steamworks features such as Steam Achievements and Cloud support, as well as online leaderboards. The game follows the ongoing adventures of series hero Adol Christin and his trusty companion Dogi.

While the above prices only allude to the US, UK, RU and Russian markets, the game does not have any region restrictions, with prices for other regions set automatically and I strongly advise consulting the Steam store for the most accurate price.

This release is based off of the original PC version of Ys: The Oath in Felghana, which means it does not contain the voice-acting or other additions present in the PSP version. It does, however, contain Steam achievements with unique icon art, leaderboards for story mode and Time Attack best times and Steam cloud support.

Widescreen is supported, however as the game was initially designed for 4:3 resolutions, using this feature will result in a stretched display. While they have mentioned they are looking into the possibility of a partial fix via a patch in the future, it is strongly advised to enjoy the game on 4:3 during the first playthrough.