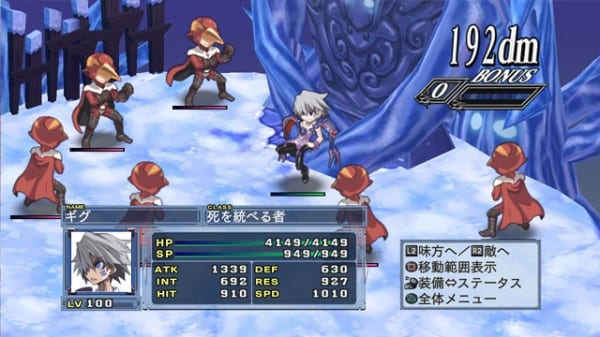 Nippon Ichi Software America, the North American publishers of Disgaea 4 recently announced that the games latest installment of DLC characters and other content is now available on the North American Playstation Network store while the PAL DLC content is due fore release today. So just what is on the menu this time around? Three characters (Gig, Asuka Cranekick and Kyoko Needleworker – the latter two being included in one set with the Kunoichi class) a Pirate Ship based off Soul Nomad and a Map pack under the title “Godtopia”. Prices and other specifics are as follows: 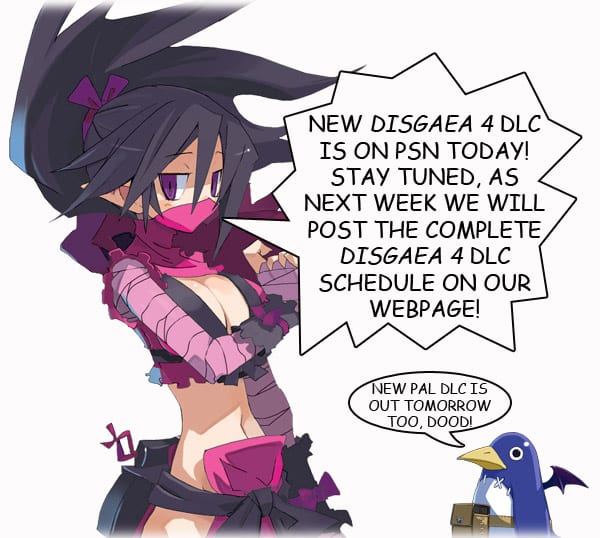 Curious as to the entire release schedule of the DLC content? In their latest newsletter, NIS America included this image, hinting that next week they will be revealing the complete DLC schedule… so look forward to it as they have some promising character inclusions to come!