Aika Online to Recieve Hestia Update on the 8th March 2012 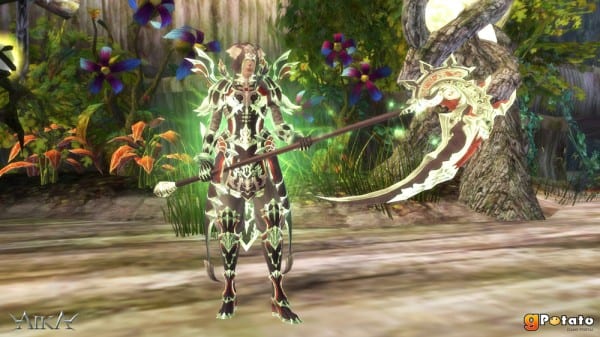 Aika stands on the brink of war, with new isles and vicious monsters who are ready to invade in the dramatic final chapter to the game’s second “epic”…. Epic II: Hestia. Gpotato recently announced that they would be upgrading the game to this version on the 8th March 2012, and bringing with it new level 80 raids and bosses. The following is a brief bit of information on the games upcoming release:

The Armies of the Aitan, fresh from their victories in Karena aim to take back the sacred island cluster of Hestia from the Zereca allied Dragons. From their new outpost in Drago, fabled City of the Dragon, the most elite players will need to vanquish nearby enemy forces in 24 man raids. Only the most powerful can accomplish this task, but success brings an entirely new rank of gear and 6 newly added equipment sets.

The battle begins on March 8, but before then players can enjoy the blessings of the goddess as Aika celebrates Valentine’s Day! Valentine’s Flowers have been sent down from the heavens to boost valiant Aitan soldiers, but vile monsters have begun intercepting and destroying them. Aitan who slay these foul fiends and help craft more will receive incredible rewards and buffs!

The rewards won’t end there though, as Aika has implemented a number of systems to help new and old players alike rise in the ranks quickly with extra experience! Aitan levels 1-60 now receive 1.5 times the XP at all times, and all Aitan can enjoy double the experience every Thursday. Plus, Aika’s newly added talent system allows players to gain extra experience the longer they play.