Persona 2: Innocent Sin – No Quest Creator in English Version In Case You Were Searching for It 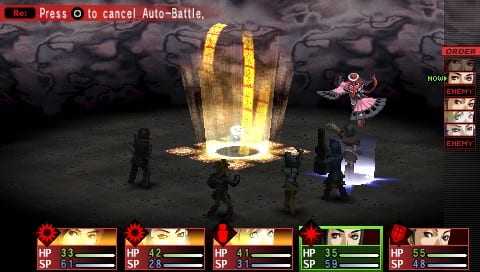 My copy of this title arrived a couple of days ago with its complementary 10 disc soundtrack (Which is on a pile with my Strange Journey soundtrack I have yet to open) and the first thing I dived into was the Theater mode…. something that I was most anticipating for and was presented with two different “films” but no quest creator. As this I think would have been a nice little trinket for my review I have since been occasionally checking up on the Theater looking for the mode – but alas with no prevail. Unfortunately it has just been confirmed on the ATLUS USA forum that the mode has not been included for reasons that can be assumed, but will not be confirmed.

AtlusAram
As has been the case with other similar games and their custom content features, a number of challenges—technical and otherwise—prevented the inclusion of the basic creation/customization functionality within the Climax Theatre for the North American release of Persona 2: Innocent Sin for PSP System.

Onion of Mystery
And, before people ask, no, we really can’t go into the “why”s and “what happened”s here, but it was not a decision made lightly, and it was not a case of something being removed just because we’re the Big Bad Publisher that hates fun.

Inzaghi
(This message was a reply to another post stating that it was apparently promised)
The only thing I want to add here is that this isn’t true. At no point from the NA announcement to the release was the Quest Creation aspect mentioned in any press releases, Faithful blasts, or website updates.

It seems like there has been a lot of problems with getting high-degree levels of customization into games recently – even if they cannot (??) be shared with other players. Take Disgaea 4 for example, how Nippon Ichi Software America had to essentially reduce the customizability by half just to apparently get the map and base editor to us. Of course, as this is an internal matter, they have not further elaborated the reasoning behind this. But yes, they most certainly didn’t mention the functionality in any press release and I personally had a feeling this would be the case because of it. Whether it is a technical, translation or requirement problem, unfortunately we won’t be seeing this in our version

There is still much to enjoy from the game however, and my full review for the title should be up *Looks at time – 1AM* this evening sometime.