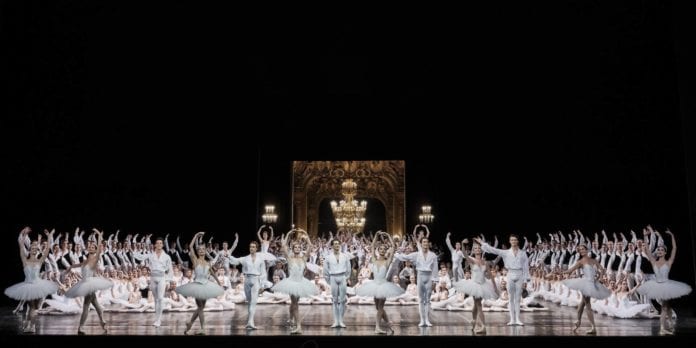 While many external producers bring their world-class performances to the Queensland Performing Arts Centre’s (QPAC) four venues each year – QPAC also curate a sweeping range of local, interstate and international works themselves. Arguably the biggest event of their annual calendar is the QPAC International Series. For a decade now, (almost) every year one of the world’s leading ballet companies have travelled to Brisbane for a couple of weeks, following a residency model where the public have access to world-class performances, classes, lectures, cultural opportunities and more. Previous years has seen the “Mighty” Bolshoi, Ballet Preljocaj, Teatro alla Scala Ballet Company, The Royal Ballet and more walk in the halls of QPAC.

First announced in December 2019, it was confirmed that the Paris Opera Ballet will be kicking off the QPAC International Series this decade. Performances were due to commence in July 2020, and feature thing different performances: an opening gala, Rudolf Nureyev’s Swan Lake and a mixed bill of contemporary works in Parisienne Soirée. But if you remember, this was a time before COVID-19 pandemic threw the arts and culture scene (among many others) into troublesome times.

In a not-at-all surprising announcement, QPAC today confirmed that the QPAC International Series would not be commencing on the planned dates, and would be postponed. Chief Executive John Kotzas provided the following statement around this postponement:

While restrictions in Brisbane are incrementally being lifted due to a decline in the COVID-19 infection rate, I would not expect to have a rescheduled date locked in too soon. Not only would QPAC have to consider Paris Opera Ballet’s other obligations in France / Internationally (if not impacted by COVID-19 at the time) and their own schedule, but also factor in when international flights will be possible once again.

With hype going around for their upcoming release of Genshin Impact Version 3.1: King...

Especially around the tail-end of my time with The Arts Centre Gold Coast (Now...

It is hard to believe that several years have passed since the first tickets...
Previous articleProud to be a Ravenclaw
Next articleTony Hawk’s Pro Skater 1 and 2 Are Receiving Long-Awaited Remasters
Twitter Youtube
© The Otaku's Study
Go to mobile version