Currently in a pre-sale period, the Australian producers of School of Rock the Musical have begun ticket sales for the final five weeks of performances. The musical, based on the hit 2000s movie starring Jack Black, will run until 1 March 2020 in the Capitol Theatre before heading to Adelaide’s Festival Theatre for what is currently the final stop in the Australian tour.

Featuring music by Andrew Lloyd Webber, lyrics by Glenn Slater and book by Julian Fellowes – School of Rock the Musical follows Dewey Finn, a failed, wannabe rock star who decides to earn an extra bit of cash by posing as a substitute teacher at a prestigious prep school. There he turns a class of straight-A pupils into a guitar-shredding, bass-slapping mind-blowing rock band. But can he get them to the Battle of the Bands without their parents and the school’s headmistress finding out?

School of Rock the Musical’s Australian tour is produced by GWB Entertainment and S&Co in association with The Really Useful Group. The show currently features the amazing Brent Hill in the role of Dewey, with Amy Lehpamer as Rosalie Mullins, John O’Hara as Ned Schneebly and Nadia Komazec as Patty Di Marco among a cast of local children taking on the roles of the students.

To check out performance dates/times, check out the official School of Rock website. There are typically five performances a week, with additional Friday matinees over the school holiday period. Tickets are priced from $55.00, although a higher ticket price/reserve may indicate better sightlines or centrality to the stage.

Following the conclusion of School of Rock the Musical, the Capitol Theatre will be home to short seasons of Shen Yun, Anh Do’s The Happiest Refugee Live and The Little Prince before being the home of Menopause the Musical and Disney’s Frozen the Musical later in 2020. 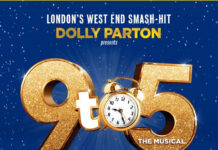 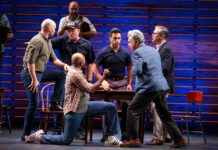 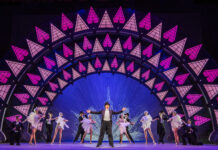 Australian Premiere Cast Announced for An American in Paris 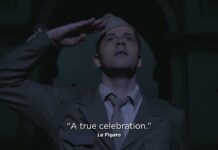 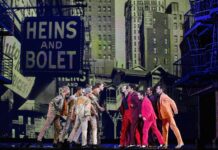