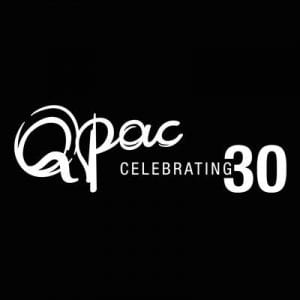 In collaboration with Brisbane Festival, the Queensland Performing Arts Centre (QPAC) have confirmed they will be bringing sought after opera singer, Renée Fleming, to perform her first Queensland performance in over a decade on QPAC’s Concert Hall stage this September.

Fleming has a career spanning over three decades, which has seen her grace several of the world’s greatest opera stages ad concert halls – from The Metropolitan Opera New York to La Scala Milan, and the Winter Palace in St Petersburg. This very limited Australian event will see Fleming perform several of her signature works including Ravel’s Shéhérazade and selections from Canteloube’s Songs of the Auvergne, accompanied by pianist Richard Bado.

This event is limited in the fact that they will be offering only one session, on Monday 7 September 2015. The event will be held at QPAC’s Concert Hall starting 7:30PM on the night. Tickets are set to go on sale starting Monday 18 May 2015 at 9:00AM – with tickets purchasable through the QPAC Box Office and website.

Over 30 years we have fostered relationships with artists and companies both across Australia and internationally to attract some of the world’s best live performance experiences.

Working with one of Australia’s finest theatre directors, David Berthold to bring Fleming during his inaugural year as Artistic Director of the iconic Brisbane Festival is a great achievement. Such collaborations are key to our ability to attract such significant artists to our state.

This concert is only her second ever performance at QPAC and is not to be missed.

I’m a massive admirer of Ms Fleming. Her luxurious lyric soprano voice and warm, charismatic stage presence combine to make her one of the most engaging singers in the world. I am sure Queensland audiences will relish this rare opportunity to experience her singing live at QPAC

The Soundtracks of Hotline Miami 1 & 2 Headed to Vinyl