North American manga publisher VIZ Media have announced they will be kicking-off 2016 with two new releases related to the popular Naruto media franchise. This includes a special epilogue to the manga, and a box set which includes a sizable number of manga volumes at a substancially reduced price. Both sets will be available for purchase at retailers beginning January 5th 2016. 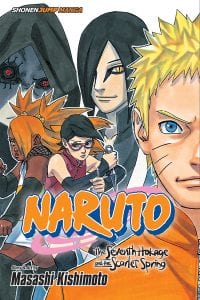 In the years since the great ninja war, peace has bloomed in the ninja world, and a new generation has begun to take root. Naruto’s work as Hokage seems to be pretty mundane, but his son, Boruto, is constantly demanding attention. Luckily for Naruto, he can make clones of himself to babysit his son. But Sasuke’s daughter, Sarada, could be the target of a mysterious figure who has connections to the Uchiha clan! 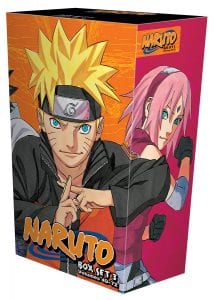 This is the third and final Naruto box set, which takes readers right through to the manga series’ conclusion. The set features volumes 49-72, offering a “substantial” saving over buying them individually.