In a new group of manga acquisition announcements over the past few days, North American manga publisher Seven Seas Entertainment have confirmed they now hold the rights to four new manga series. For more information on each, please keep scrolling down! 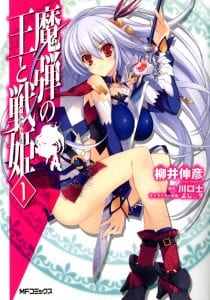 The country of Zhcted is ruled by seven women known as the Vanadis, a group of warriors who are given powerful weapons and dominion over the country’s seven territories. Taking advantage of its neighboring nations’ civil unrest, Zhcted goes to war against the country of Brune. In a battle that decimates Brune’s army, the brave, young Brune nobleman Tigrevurmund Vorn meets the beautiful Eleonara Viltaria—one of the Vanadis.

Impressed with his skill as an archer, Elen allows Tigre to live in exchange for his servitude. But the battle is far from over, and extends further than either of them could have imagined. Tigre and his new mistress become caught in the middle of a plot that threatens not only their homelands, but the entire world.

Comment by Jason DeAngelis from Seven Seas Entertainment: If you like archery and epic fantasy with some harem thrown in, you’ll love Lord Marksman and Vanadis. This series is a great fit for the Seven Seas library, alongside such fan favorites as Dragonar Academy, Magika Swordsman and Summoner, and The Sacred Blacksmith. 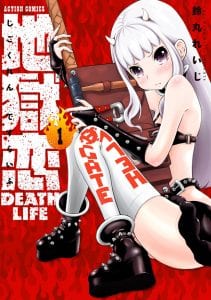 Utsunomiya Sousuke is dead. But his new life is about to begin…in Hell! Upon awakening in the Afterlife, Sousuke meets his painfully sexy devil guide Sanagi, who may be short of stature, but packs an all-powerful punch. Like Rintaro before him, can the hopelessly irreverent Sousuke repent from his sins, or is he fated to be forever tortured and teased by a gorgeous demonic temptress?

Comment by Jason DeAngelis from Seven Seas Entertainment: Love in Hell is certainly one of our more unique titles and has earned itself a dedicated fanbase. We’re thrilled that this hilarious series is now continuing with an all-new storyline. 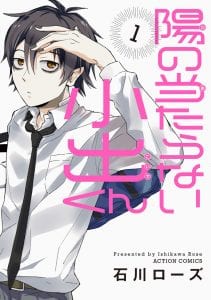 But his classmates this year seem a little different than before. They’re thrilled to have a vampire in their midst, and are eager to do whatever they can to help. Will “134” be Koide’s lucky number or is that just wishful thinking?

Comment by Jason DeAngelis from Seven Seas Entertainment: Some might say that the time of vampires has come and gone, but in this case the protagonist of the story itself couldn’t agree more! Stories have joked about teenage-born vampires being trapped going to school forever, and this series follows up on that idea to hilarious and sympathetic effect. 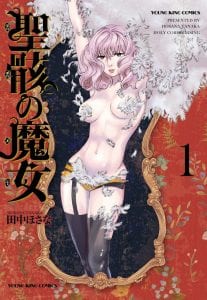 In fifteenth century Rome, witches have declared war against humanity. A young man named Nikola, whose parents were cruelly murdered by a witch before his eyes, discovers that he is now the key to winning the war. Using sorcery skills acquired through years of careful study, Nikola must revive twelve witches known as the “First Witches” who will become his allies and weapons to defeat the enemy. But there is one small hitch: in order to revive the witches from their eternal slumber, Nikola must form a marriage contract with each one. Just how many witches can Nikola marry in order to save the world?

Comment by Jason DeAngelis from Seven Seas Entertainment: Holy Corpse Rising reminds me of Dance in the Vampire Bund with witches. It can be grim and dark, but is also replete with fan service and humor, and is beautifully illustrated. It’s a fine addition to our catalog.