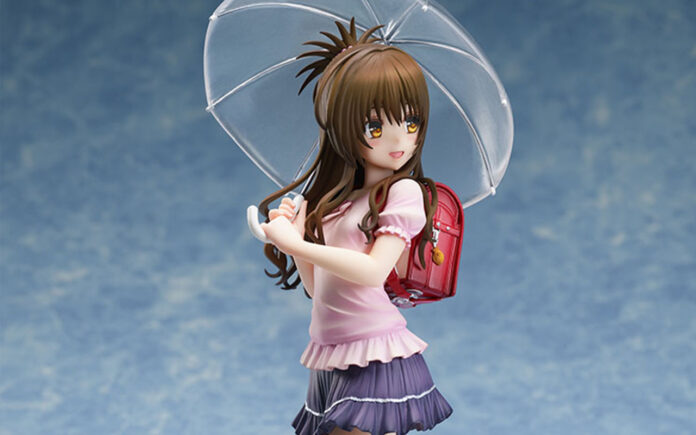 Both the manga and anime adaptation may both have long concluded, but figure manufacturers in Japan are still rolling out a steady stream of figures based on the fanservice-laden, harem romantic-comedy series To Love-Ru Darkness. The latest all-ages friendly figure is an adorable 1/7 scale (200mm) figure from manufacturer FuRyu, featuring the protagonist’s little sister – Mikan Yuuki.

This pictures Mikan standing in a garden bed in her everyday attire, wearing a traditional red school backpack and carrying a plastic umbrella. It is rare to find a figure around the series which doesn’t have a fanservice element to it, so this is a welcome change from the norm.

With a recommended retail price of 16,300 yen, pre-orders have begun for a planned February 2021 release. The official registration period runs from today until 16 November 2020, but may vary depending on preorder numbers. As of writing, there has been no announced special edition with alternate colour schemes, although do check your favourite figure retailer for any bonus goodies they may be offering alongside her.

One of the biggest memes surrounding Genshin Impact's mascot character Paimon is that the Traveller (your...