A Look at the Blackbeard Figure for Assassin’s Creed 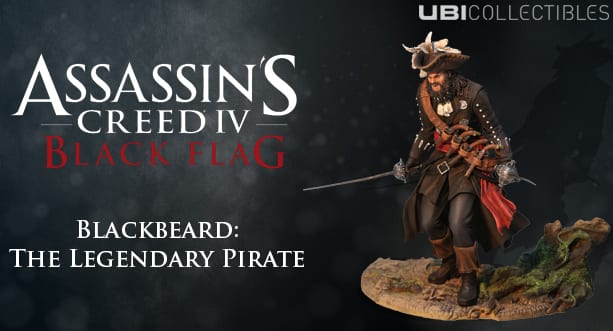 The team at Ubisoft have today previewed the figure they are to release for Blackbeard: The Legendary Pirate in October 2013 aligned with the launch of Assassin’s Creed IV. This figure is of course based on the legandary and infamous pirate Blackbeard, and features him within the Mayan Ruins, sword at the ready. Additional digital download content for the game is set to be included with this release.

Pre-orders for the figure can be made HERE.

UBIcollectibles is proud to present “Blackbeard: The Legendary Pirate”, our latest masterpiece taken from the new episode in the Ubisoft franchise: Assassin’s Creed® IV Black Flag™.

This high quality object depicts Blackbeard, illustrating the force and determination of the Caribbean’s most feared pirate. Facing his opponents, Blackbeard stands firm, his face menacing, ready to clash steel… He knows no fear. This finely-detailed figurine will be a fine addition to your Assassin’s Creed® IV Black Flag™ collection, together with “Edward Kenway: The Assassin Pirate”.

This year, for every purchase of the “Blackbeard : The Legendary Pirate” figurine, UBIcollectibles offers you three items of ADDITIONAL DIGITAL CONTENT to use in Assassin’s Creed® IV Black Flag™:

Use these bonuses and conquer the seas of the Caribbean! 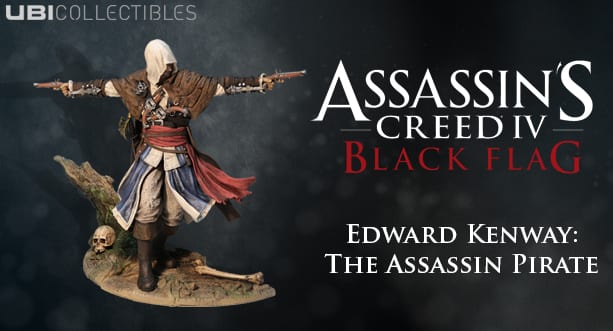 In addition, don’t forget the Edward Kenway: The Assassin Pirate is already available for pre-order HERE.