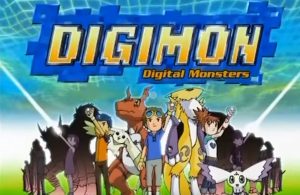 A few years ago, Australian anime publisher Madman Entertainment proved to be a pioneer in bringing some of the iconic “morning anime” series to their audiences – releasing shows that children of the 90s (among others) grew up watching including Cardcaptor Sakura, Digimon Adventure and Digimon Adventure 2 before their eventual North American re-releases.

However, with regard to the Digimon series, they ended up stopping at Digimon Adventure 2. This left both Digimon Tamers and Digimon Frontier unavailable in the country. This is despite New Video offering both the latter series in North America, and having done so for many years now.

But if you have been waiting patiently for an Australian release, your wait could soon be over. Madman Entertainment have listed that Digimon Tamers will be available for purchase from August 16 2017 on DVD. This collection will feature all 51 episodes with the English dub. Due to the edits undertaken when the show was originally released, it would not be possible to offer both audio languages on the same video track.

Since Madman Entertainment has only just opened their July 2017 pre-orders, I would expect to see this series available for order next month.