When you usually think of an anime or television show surrounding zombies, you would usually expect it to be some form of survival flick, where a group of characters find themselves outnumbered and work to prevent one another from “turning”. Rather than focusing on staple plot devices, Sankarea: Undying Love sets out to deliver something a bit more distinct by amalgamating the zombie and romance genres – resulting in a 13-episode “Zombie Girlfriend” series. Based on the first few chapters of Mitsuru Hattori’s now completed shounen manga Sankarea (さんかれあ), the overall experience delivered is clearly incomplete, but has a number of unique concepts and events which still make it a worthwhile watch.

Sankarea: Undying Love follows Chihiro Furuya, a young high school student who has a particular fetish for zombies. Following the death of hit adored pet cat Babu in a freak accident, he begins researching how to revive it as a zombie, using a worn-out manuscript depicting the means of producing a resurrection potion. Around the same time, he comes across a similarly aged girl named Rea Sanka, the daughter of an overbearing father who has become infatuated with her. After managing to successfully produce the potion and unknowingly resurrecting Babu, Rea attempts to drink the same potion with no effect. However, after her untimely demise through falling off a cliff, she herself is resurrected as a zombie.

From this point, the storyline goes down two different paths, with each given somewhat equal weighting. The first involves Chihiro working to prevent the eventual decomposition of Rea’s body, given that the potion and consumption of hydrangea leaves (The potion’s key ingredient) only stalls the process so much. Although the episodes do see Chihiro being overly protective of Rea and doing research into a means of preventing or further stalling her demise, there was no real solution found. This would have simply been a limitation of having less than half the manga produced at the time of adaptation, and was clearly set to be continued in an eventual second season. The second plot path is in relation to Rea’s father, who after discovering she was revived as a zombie (having witnesses her death himself), still seeks to capture her. Although only becoming prevalent in the latter episodes of this season, this plot element is satisfactorily resolved, and in my opinion was handled quite well.

Although it is still plausible that future episodes could be produced by Studio Deen or another animation studio, my biggest concern about the value of this anime was that its storyline was clearly supposed to be complemented by a second season at a later date. At this time, no second season has been announced. Many of the key storyline elements remained unresolved by episode 13, with the final episode even introducing new characters for later episodes to explore. Although it doesn’t feel as incomplete as Kamisama Dolls was, without more substance, I question if it wouldn’t be better to just pick up the manga volumes (Localized by Kodansha Comics USA) and enjoy the definitive storyline through them.

Aside from the main storyline, Sankarea: Undying Love puts a lot of attention into developing its characters. While you do learn quite a bit about Chihiro and Rea, secondary characters including Ranko Saouji (Chihiro’s first cousin), Mero Furuya (Chihiro’s younger sister) and even Babu (Voiced in English by Monica Rial who does a downright perfect “zombie cat” voice) each receive whole episodes dedicated to their development. To an extent it does feel like they were just filling up the episode count due to limited source material, but these development episodes were nevertheless satisfying. It does help that most of the characters are generally interesting, and the writers don’t resort to bombarding viewers with unnecessary fanservice or overemphasizing particular quirks.

The production value of Sankarea: Undying Love was satisfactory overall, with good attention to detail offered to both character and environment designs alike. The design quality is complemented by a solid soundtrack, with the opening theme (Esoragoto by nano.RIPE) being particularly memorable. Despite Sankarea being an incomplete anime at this point in time, Funimation still decided to give this series the usual treatment by commissioning an English dub for it. The English voice cast is overall competent, featuring Aaron Dismuke (Kio Kakazu – Cat Planet Cuties) and Tia Ballard (Komari Kamikita – Little Busters!) as Chihiro and Rea respectively. The English dub in my opinion is comparable in quality to the Japanese dub, so I recommend sticking with your personal dub preference.

This collection comes with the usual assortment of Funimation on-disc goodies including English cast commentary (For Episodes 3 and 11), a US Trailer, Textless Opening and Closing sequences and an assortment of trailers. While likely to be different for those with the Australian DVD release, the Blu-ray edition (A simple port of the US release) includes trailers for: Black Butler, Princess Jellyfish, A Certain Magical Index II, Dragon Ball Z: battle of Gods, Fairy Tail, Ghost in the Shell: Arise, The Devil is a Part-Timer! and the Funimation website.

Overall, Sankarea: Undying Love is a competently designed series with strong character development and interesting ideas presented throughout its 13-episode run. However, with no confirmation of a much needed second season to tie-up the many loose ends left in its story, I must question if it will end up being another unfinished anime along the lines of Kamisama Dolls and Problem Children Are Coming From Another World, Aren’t They?. It would be a shame if more episodes weren’t commissioned however, as this season set the foundations for what could be a very strong series as a whole. 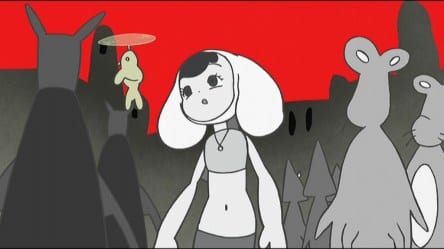 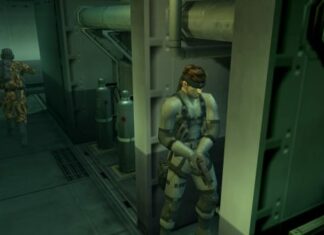