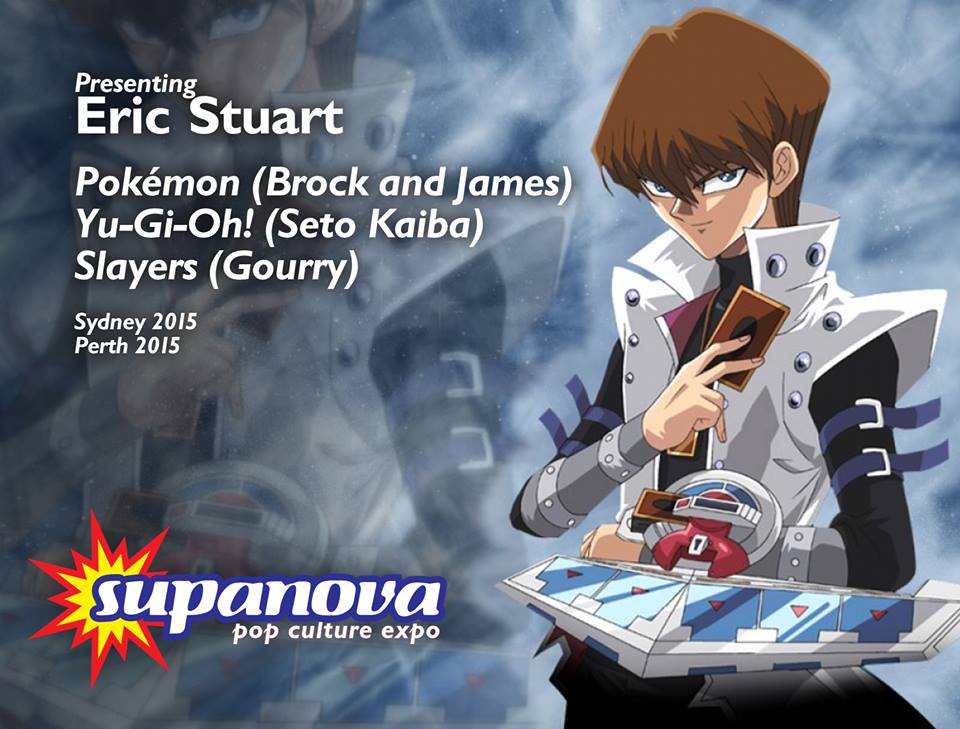 After attending the Gold Coast and Melbourne shows in 2014, the team behind the annual run of Supanova: Pop Culture Expo’s in Australia have announced that Veronica Taylor will not be the only “Pokemon” guest star that will be attending the Sydney and Perth shows during 2015. They have also confirmed that Eric Stuart will also be joining their Supa-Star guest line-up during both of the events in June.

Eric Stuart is best known for his voice roles as Brock (Original) and James (2nd VA) in the original 4Kids dub of Pokemon, becoming in my opinion the most memorable voice actor in the localization. His other roles include Seto Kaiba in Yu-Gi-Oh! and Gourry in Slayers. He also fronts The Eric Stuart Band which has released six albums and one EP. I actually own one of his soundtracks, and it is pretty damn good.

Keep an eye out for more voice actor and actress announcements in the coming weeks. I personally hope that the Gold Coast and Melbourne get Yuri Lowenthal and Tara Platt, who toured Australia for the Sydney and Perth shows last year (Given they are now getting Veronica Taylor and Eric Stuart).

Supanova: Pop Culture Expo is set to take place in Sydney on June 19th-21st and Perth on June 26th-28th.