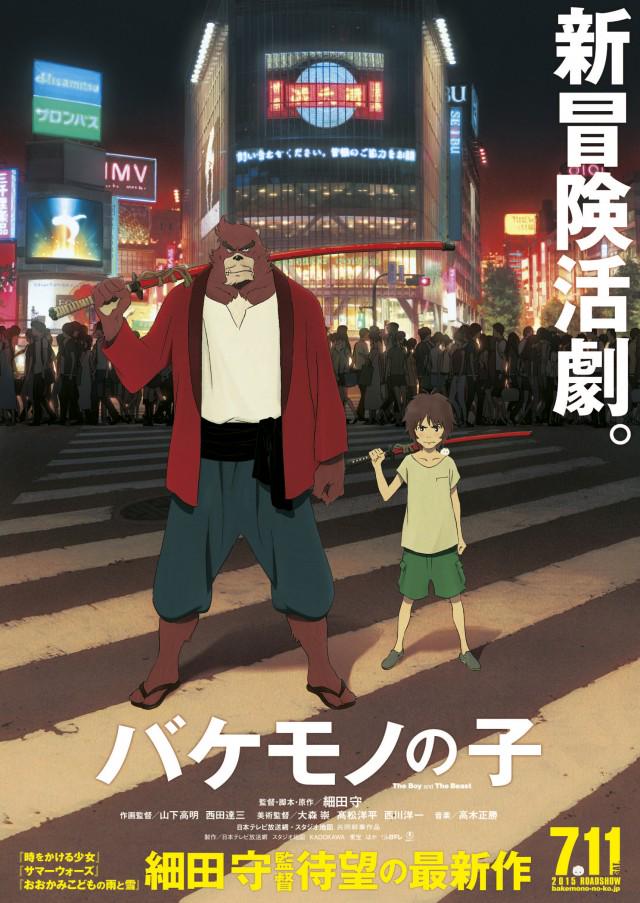 It has been some time since Mamoru Hosoda’s theatrical release of Ookami Kodomo no Ame to Yuki (Wolf Children), and the good news is that fans will not have to wait too much longer for his next animated feature to hit the big screen. It has been confirmed during a recent press conference that his next film Bakemono no Ko (Translated as The Boy and The Beast) will receive a theatrical release starting July 11th 2015 in Japan.

The story follows a young boy who was separated from his family in Tokyo’s Shibuya ward and enters the world of Bakemono known as “Shibutengai”. This boy becomes acquainted with one of the bakemono residing there and ultimately becomes its disciple.

Details are currently pretty limited on the film, but expect to hear more about its plot and characters closer to release. Hopefully with Mamoru Hosoda travelling the world to promote his last film, we will not see too long a wait until it is screened internationally.

I had the pleasure of interviewing Mamoru Hosoda during his last trip to Australia. The interview can be found HERE.