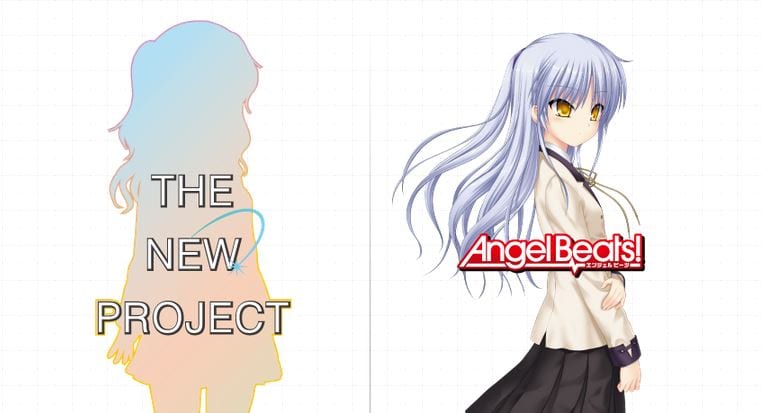 When you think of a website produced for an anime released many years ago, you would expect it to either be inactive or have disappeared off the internet entirely. The Angel Beats! anime website however is continuing to be updated, with a new page indicating that a new project between renown visual novel company KEY and anime company Aniplex is set to be announced on December 22nd 2014.

Details on this event are currently limited and this could very well be for a completely new direct-to-anime project like Angel Beats! was (Unlike other KEY creations which are adapted to anime form from an original visual novel) or something else entirely. But if this is a new Angel Beats! project, then the silhouette pictured above indicates they will either be introducing a brand new important character or possibly introducing Kanade Tachibana in some form with a whole new design.

Aired in 2010, Angel Beats! followed a young man named Otonashi Yuzuru who only had one memory upon waking up: he had died. He finds himself suck in a high school of the afterlife, where in his own surreal purgatory is faced with two choices: give up his connection to life and submit to his fate… or fight against God. Published in Australia by Siren Visual a couple of years ago, I found this to be an enticing series that delivered much of the charm one would expect from a KEY visual novel.