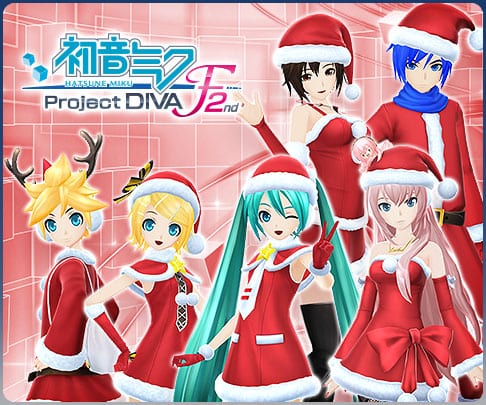 Sega have begun to roll out their very first set of post-launch DLC for recently released Rhythm game Hatsune Miku Project Diva F 2nd, themed around the holiday season. In addition to a set of free skins, this set also contains a single Christmas themed costume for each character. Each of these are available for purchase individually or as a bundle:

The second set of downloadable content will be released on December 17th 2014, and will contain a set of free skins, the Rhythm Game song “Look This Way, Baby!” by Ryo and six “adorable” loungewear-themed costume modules – one for each character. As with the first set, these can be purchased individually or as a “Weekend Outfit” pack bundle: