Out This Month from Hanabee Entertainment [December 2014 Edition] 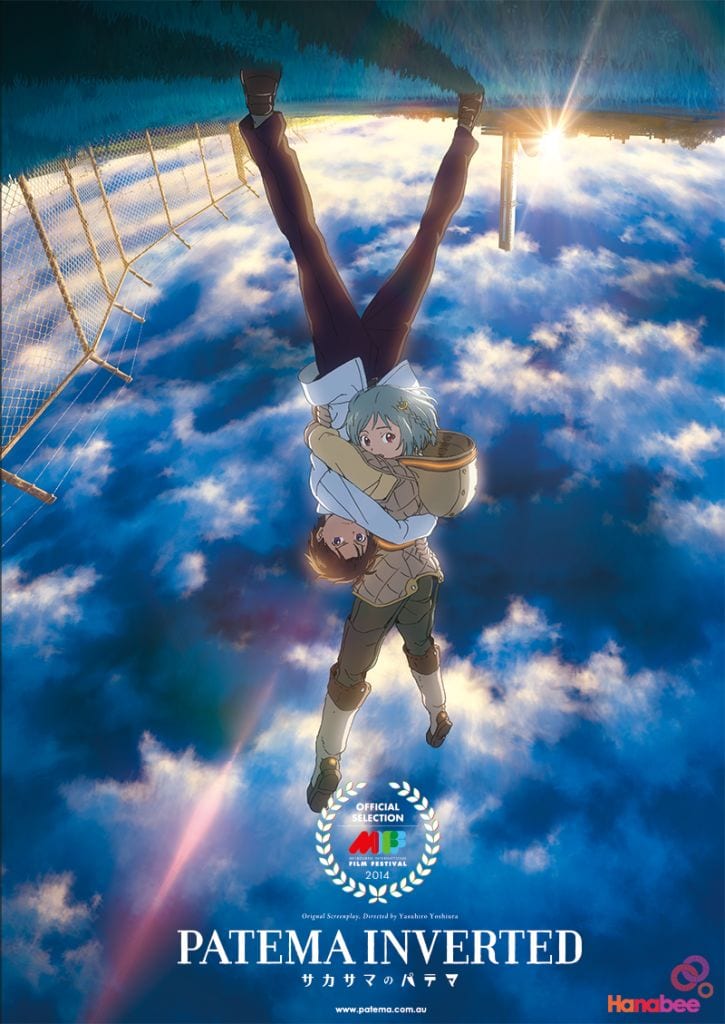 Starting out ahead of their competition as usual, Australian anime publisher Hanabee Entertainment have today launched their latest [December 2014] anime releases across Australia and New Zealand. Serving as their last chance before Christmas to catch peoples attention, the company have opted to go for a 50:50 split of TV series to Film, offering a number of big-name titles under both categories.

For a full list of what they have to offer, divert your eyes below. All can now be purchased via the Hanabee Official Website or your local anime retailer. 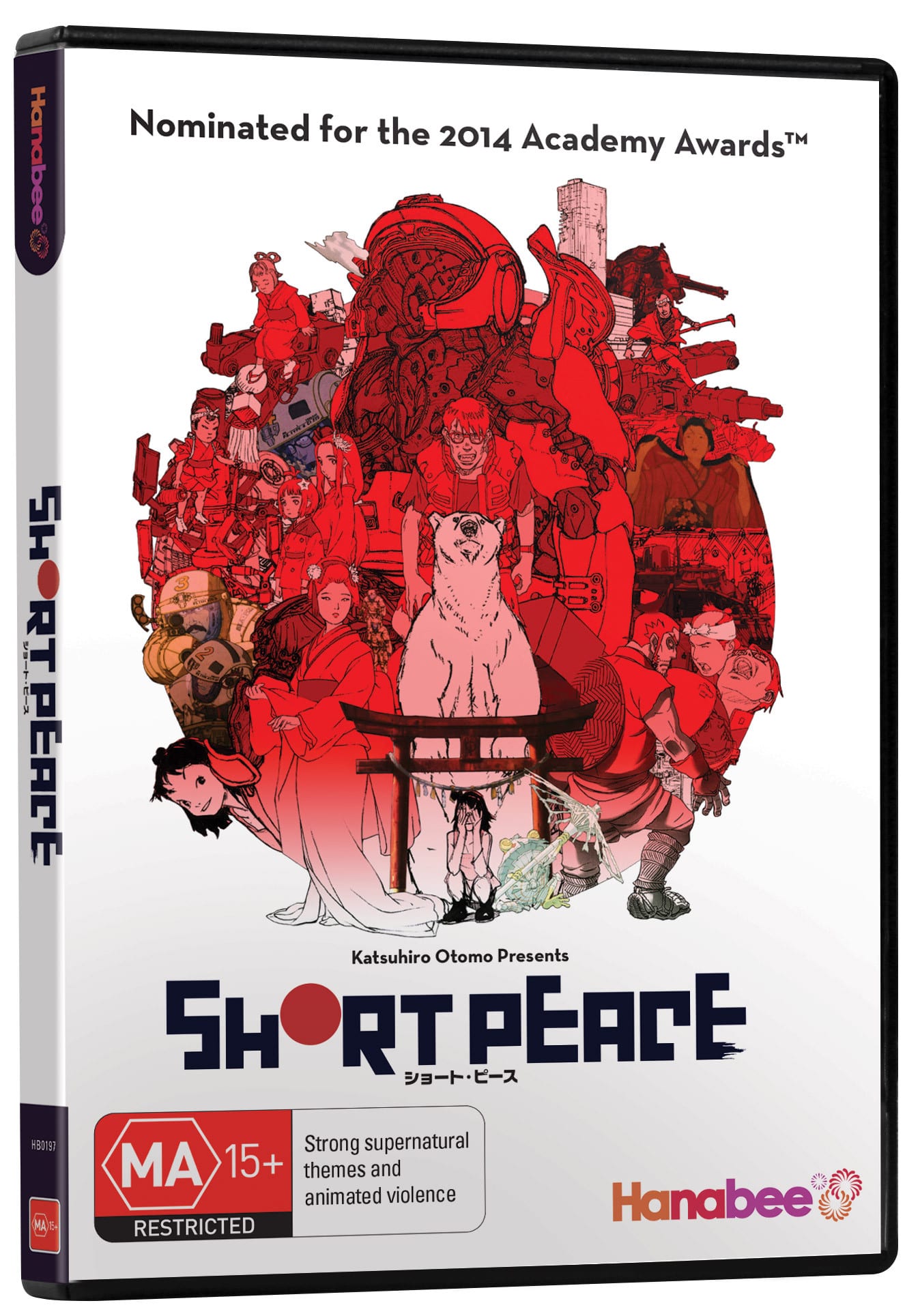 Possessions: A traveller seeks refuge in an abandoned shrine and instead is forced to confront the remnants of what’s been left behind. (Directed by Shuhei Morita).

Combustible: A tale of star-crossed lovers set to the backdrop of an ancient Japanese art scroll. (Directed by Katsuhiro Otomo).

Gambo: An isolated town seeks a saviour against a menacing red demon that continues to attack them. (Directed by Hiroaki Ando).

A Farewell to Weapons: In post-apocalyptic Japan a group of men are forced to battle robots as they explore abandoned cities. (Directed by Hajime Katoki)

Lead by director Katsuhiro Otomo (Akira), Short Peace is a tour de force in animation and an essential part of the modern film fan’s collection. 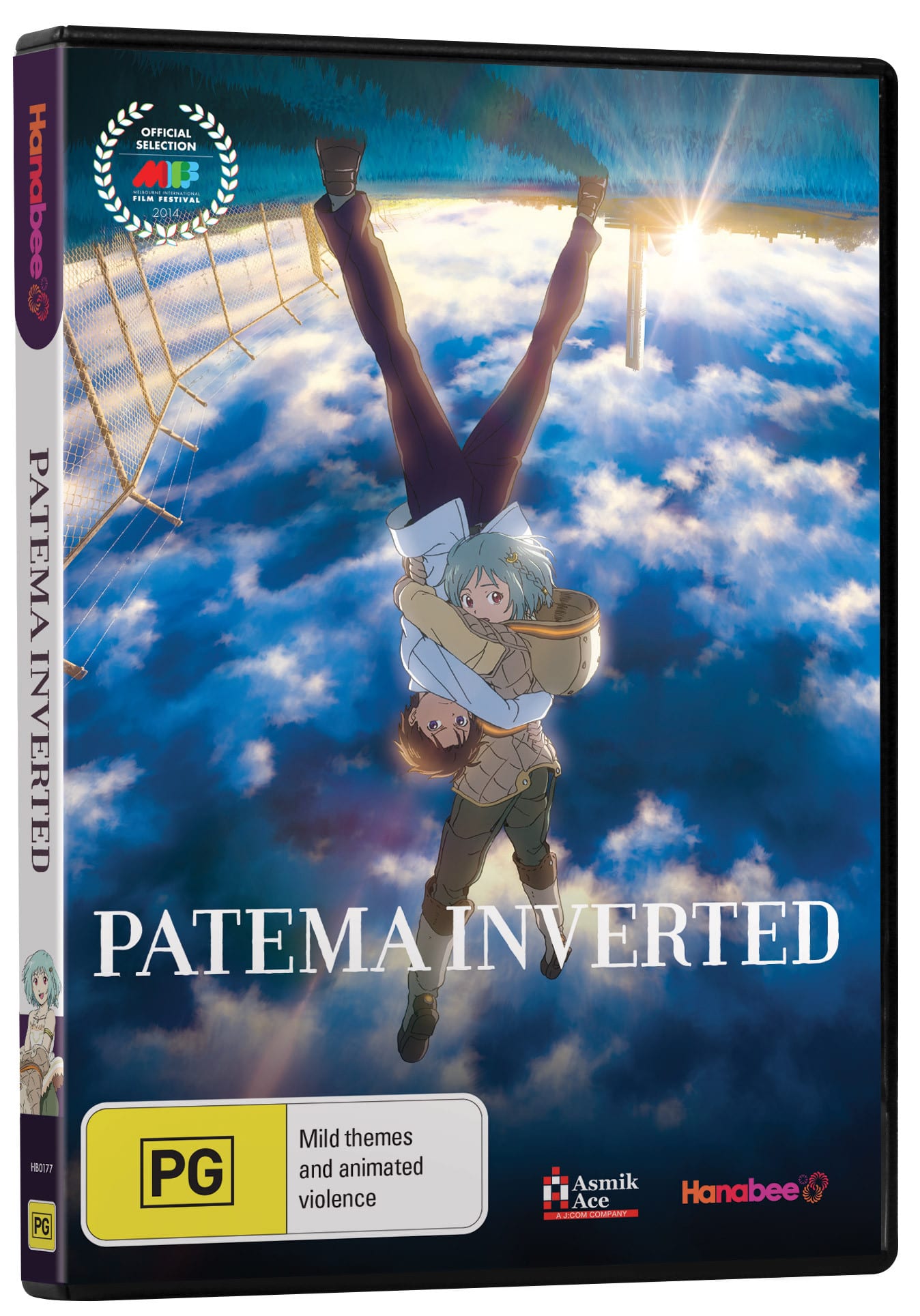 Yasuhiro Yoshiura has established himself as a master-director in the making, creating a universal tale of love and friendship through the highly imaginative, overturned world of Patema Inverted.

After a disastrous event flipped gravity on its head, nearly everything was ripped from its foundation and fell into the sky. Those affected found refuge underground.

Patema, a teenager bound only by her imagination, spends her days exploring the vast caverns and dreaming of what lies beyond. After a shocking discovery she finds herself nearly falling into the sky, saved only by a young boy named Age. Together they’ll discover the secrets of their own inverted worlds. 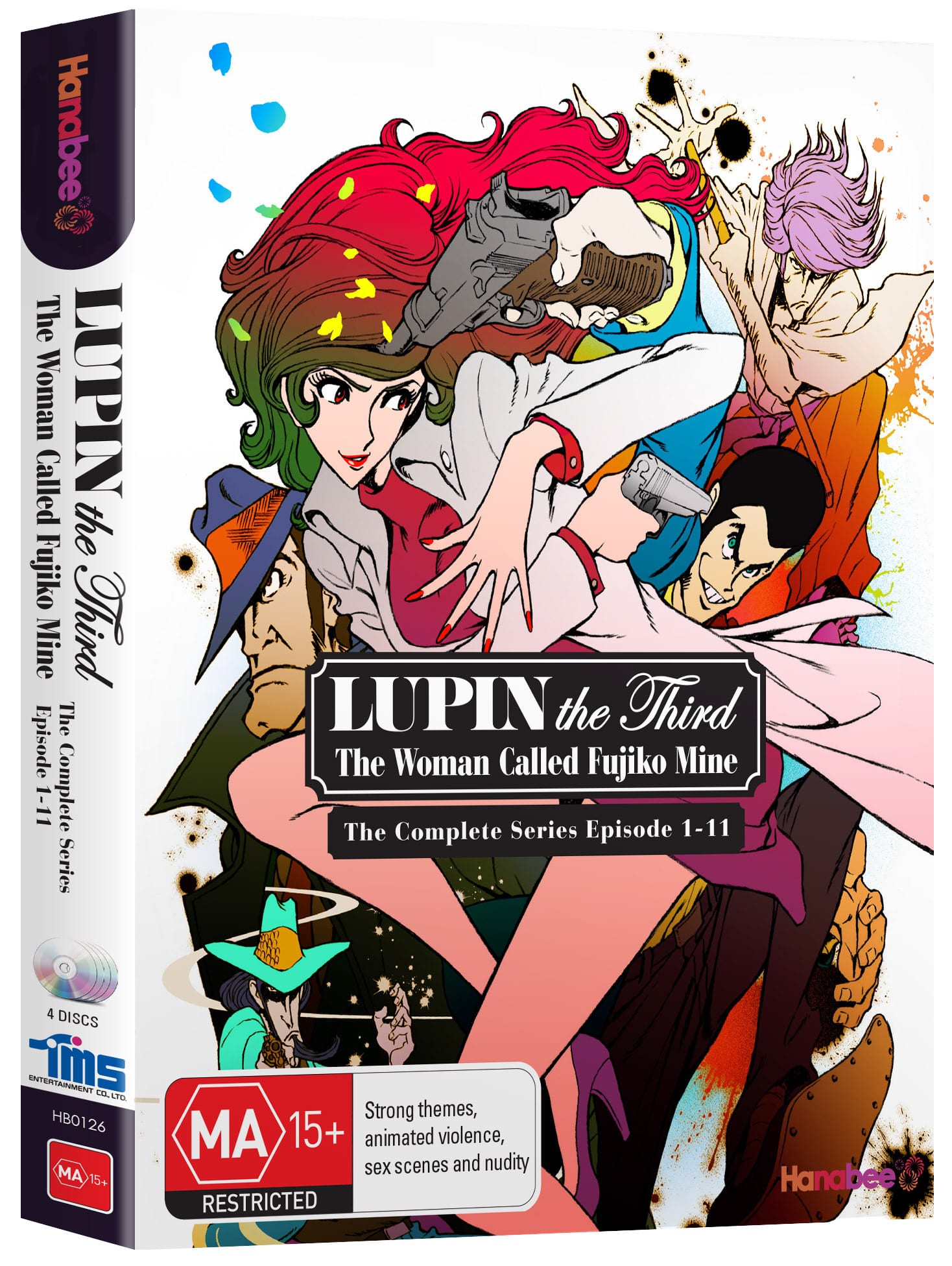 The world’s greatest thief, Lupin the Third, has set his sights on the world’s deadliest femme fatale, Fujiko Mine. After crossing paths on the same job, Lupin is enthralled with the mysterious beauty but such an attachment may come at a price.

Elusive and manipulative, little is known about Fujiko as she holds her hand close to her chest. A thief? A killer? She’s whatever you need her to be so she can get the job done. As Lupin and his crew fall deeper into the mystery will they learn the answer to the question that plagues their thoughts

Just who is Fujiko Mine? 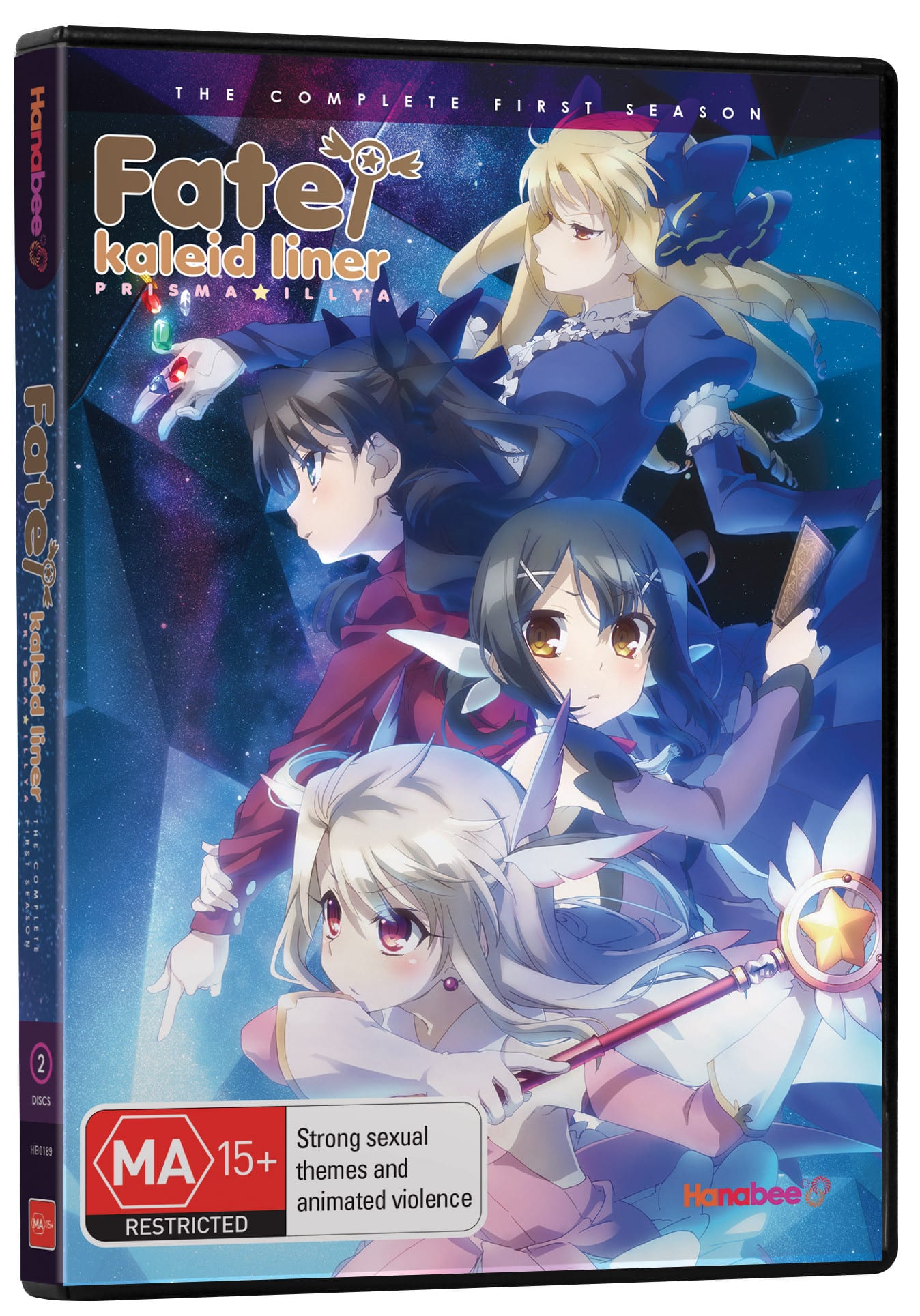 Sometimes a different decision has an entirely different outcome.

From normal school girl to magical girl, Illyasviel von Einzbern’s normal night has taken a turn for the unexpected. A magical wand called Kaleidoscope Ruby has rejected her old master and has instead set her sights on Illya to become the next great magical girl.

Tasked with the duty of collecting the seven legendary Class Cards, Illya at least has the guidance of Rin Tohsaka, Ruby’s previous owner, to help her. Except she isn’t the only one to fall prey to magic, with classmate Miyu the new owner of Kalediostick Sapphire, Ruby’s younger half. As the pair are forced into battle, just what do these opinionated wands have installed for the unlikely group?

Watch the madness unfold as the Fate/stay night universe meets the madness of the magical girl.