Australian anime publisher Madman Entertainment have attended this weekends Supanova: Pop Culture Expo in Adelaide with two new acquisitions in tow. During their panel earlier today, the company confirmed that these acquisitions consisted of one new anime series and one live action adaptation, both of which will be released in Australia and New Zealand in 2015.

More information on both can be found below: 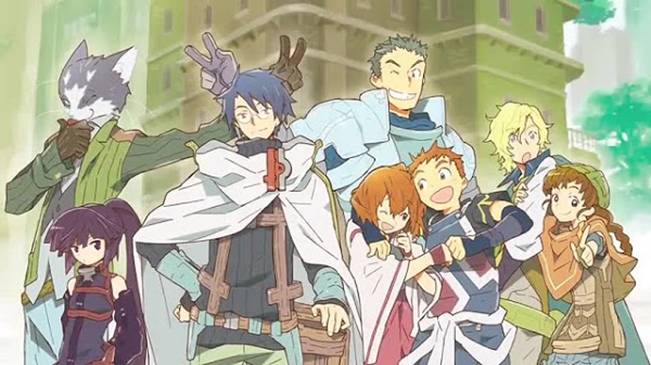 Elder Tales has become a global phenomenon, immersing millions of players in its online fantasy world. However, something goes wrong with the twelfth expansion pack. Eight-year veteran Shiroe and 30,000 other players suddenly find themselves trapped in the game’s no-longer-fictional universe!

Except it’s not even exactly the game they knew: things are in different places, the portals don’t work, and if a gamer was playing an avatar who wasn’t a physical match for their real self… well, let’s just say that everyone who’s been playing is going to have to make some serious adjustments to their new world view.

On top of that, the former Non-Player-Characters are now self-aware and working towards their own ends. This collision of the Elder Tale people and players with seemingly impossible skills, abilities, and knowledge promises to be cataclysmic. Get ready for heroes to rise and new legends to be forged as Shiroe and fellow players Naotsugu and Akatsuki discover what happens when sword and sorcery becomes real!

Madman Entertainment have confirmed that they plan to release Log Horizon on DVD, Blu-ray and digital services in March 2015.

Lupin, the world’s greatest gentlemen thief, and his partners-in-crime are at it again. In a gripping heist like no other, they must infiltrate a remote high-security facility to steal ‘The Crimson Heart of Cleopatra’. But with Inspector Zenigata hot on their tails, can they pull off this daring feat?

Madman have confirmed that there will be screenings of Lupin the Third at select cinemas across Australia and New Zealand, followed by a release on DVD, Blu-ray and digital distribution platforms.