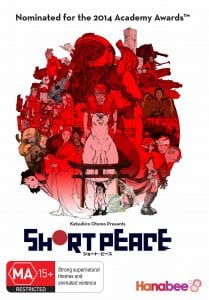 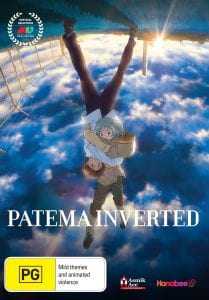 Australian anime publisher Hanabee Entertainment are set to launch two anime films on December 3rd 2014, just in time for the holiday season to kick off. With Patema Inverted priced at $29.99 (DVD) / $39.99 (Blu-ray) and Short Peace priced at $29.99 (DVD) / $34.99 (Blu-ray), they are about the price you would usually expect to pay for a film in the Australian market. But are you after both titles and interested in shaving a few bucks off the price?

Hanabee have confirmed that buying both titles as part of a “Christmas Blu-ray Bundle” will take $4.99 off the price of each film, meaning that you can pick up both films on Blu-ray for $65.00 (Instead of $74.98) or both films on DVD for $50.00 (Instead of $59.98). Orders can be made HERE and HERE, and seem to be only available during the Christmas period.

After a disastrous event flipped gravity on its head, nearly everything was ripped from its foundation and fell into the sky. Those affected found refuge underground.

Patema, a teenager bound only by her imagination, spends her days exploring the vast caverns and dreaming of what lies beyond. After a shocking discovery she finds herself nearly falling into the sky, saved only by a young boy named Age. Together they’ll discover the secrets of their own inverted worlds.

Possessions:
A traveller seeks refuge in an abandoned shrine and instead is forced to confront the remnants of what’s been left behind.

Combustible:
A tale of star-crossed lovers set to the backdrop of an ancient Japanese art scroll.

Gambo:
An isolated town seeks a saviour against a menacing red demon that continues to attack them.

A Farewell to Weapons:
In post-apocalyptic Japan a group of men are forced to battle robots as they explore abandoned cities.