Madman to Hold Screenings of Dragon Ball Z: Battle of Gods Across Australia and New Zealand for One Day Only

While Madman Entertainment doesn’t seem to have plans to follow the usual Reel Anime formula during 2014, the company are holding a number of screenings during the year as special Reel Anime theatrical events. Following Puella Magi Madoka Magica the Movie #3: Rebellion earlier this year, the publisher has confirmed that they will be screening Dragon Ball Z: Battle of Gods in select cinemas on August 30th, 2014 as a one-day event.

The list of locations screening the film are listed below, with bookings to be made via the individual cinemas. 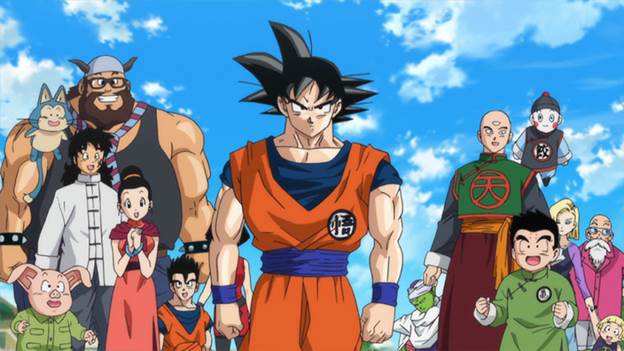 While stocks last, ticketholders will receive a free movie poster, available at participating cinema locations on the day.

DRAGON BALL Z: BATTLE OF GODS is the first DRAGON BALL Z movie to receive a Japanese theatrical release in 17 years, and with original manga creator, Akira Toriyama heavily involved, this is the first film in the series to be considered an official part of the original DRAGON BALL manga storyline.

When Beerus, The God of Destruction awakes from a long slumber, he learns of the defeat of the galactic overlord Freeza by the hands of Son Goku. Seeking an opponent worthy of his power, Beerus, along with his companion Uis, travels to the North Quadrant of the universe to challenge Goku to a battle.

Facebook
Twitter
ReddIt
WhatsApp
Pinterest
Telegram
Previous articleHanabee Begin Streaming the Entirety of Watamote: No Matter How I Look at It, It’s You Guys’ Fault I’m Not Popular!
Next articleConception II: Children of the Seven Stars – 50% Off in PAL PlayStation Store Sale

In an announcement which was pretty much expected, the team behind Australia's annual Supanova: Pop Culture Expo conventions have confirmed that their...
Read more
Anime