Hanabee Add All Twelve Episodes of Amnesia to VOD Website 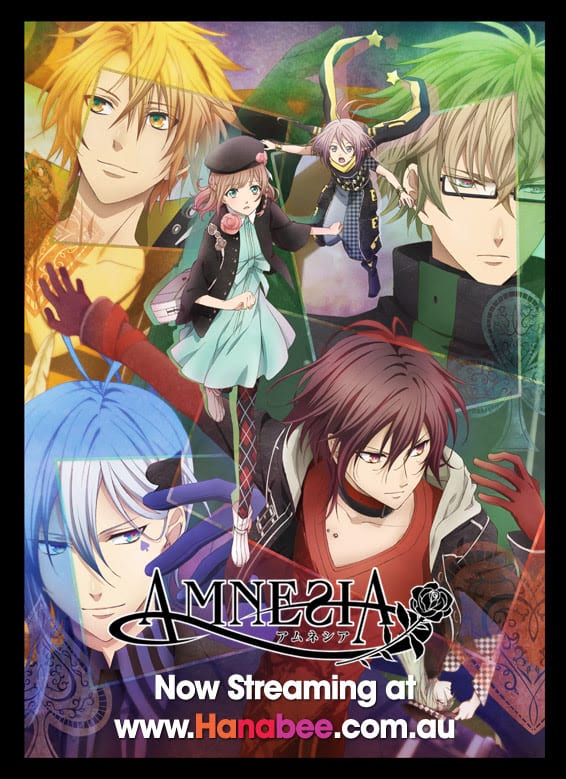 On previous Fridays this month, Australian anime publisher Hanabee Entertainment have added complete seasons of Accel World, WATAMOTE and Familiar Zero to their new VOD (Video on Demand) website, which is completely free for all Australian and New Zealand anime fans to use. This is part of a promotion where every Friday during the month of August 2014 at 3PM, they are adding one new series to their website – welcoming in the weekend with at several hours of entertainment!

Their second-last Friday addition to their VOD service has been confirmed as Amnesia, which the company published on DVD and Blu-ray in July. Check out all twelve episodes for yourself HERE.

Now the only question is…. with only one Friday remaining in the month…. what have Hanabee been saving for last?

She can’t remember who she is; where she works, or who these dashing young men are that keep talking to her. Waking up in a hospital with no memories, our young heroine has found herself in an uncomfortable situation. A boy named Olion seems to be able to help her, but there’s a catch – he’s a spirit and only she can see him.

As she struggles to understand her reality without her condition being discovered, there are other oddities besides her forgotten memories. The constant repeat of April 1st – the day she keeps waking up in hospital – and the slight changes in her relationships between others might be the key to understanding her mysterious condition. But is she able to solve this puzzle or forever be caught in this loop.