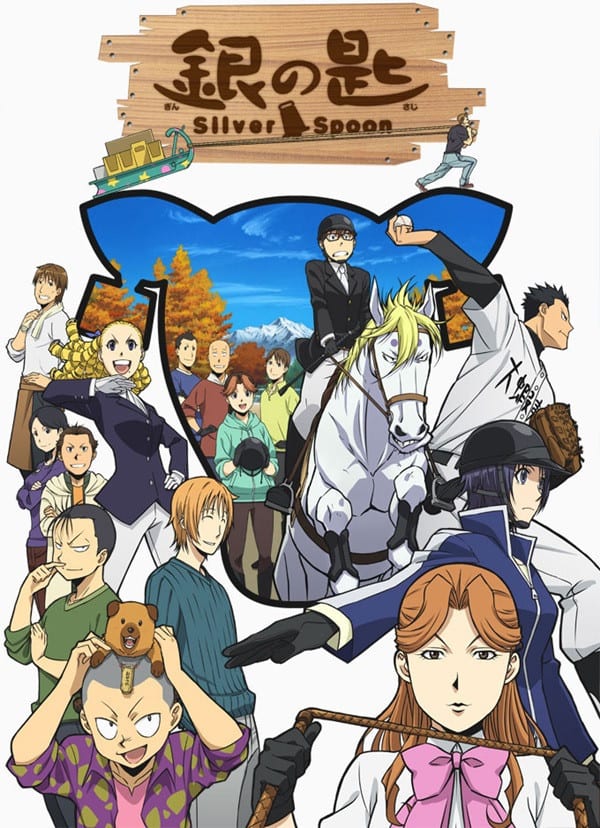 Following the first season which aired in Japan between July and September of 2013, CrunchyRoll have confirmed their plans to stream the anime Silver Spoon 2 via their website when it begins to air in Japan this coming Thursday (9th January 2014) at 9:50AM Pacific Time. Free users from selected territories will be available to view the episodes a week after airing.

Silver Spoon 2 is set to be available in the following regions: US, Canada, Australia, NZ, UK, Ireland, South Africa, Central/South America, Spain, Portugal, Turkey. At this point in time however, no anime publisher has come forward with home video rights.

The only reason why Yugo Hachiken decides to attend the Oezo Agricultural High School (a.k.a Ezono) was simply because the school had a dormitory. At first, entering Ezono was a way for Yugo to run away from the fact that he failed to endure the stifling academic pressures at his preparatory school back in Sapporo. But, it doesn’t take long for Yugo to realize that life is just not that simple, and he is forced to face more hurdles in his new environment surrounded by all the farm animals and the magnificent Mother Nature. For Yugo, who was raised in a home environment far from farm life, the training and the club activities at Ezono are all too unfamiliar for him making every day a struggle.

Yugo also begins feeling a different kind of pressure from when he attended the preparatory school as he deals with many of his classmates who, compared to him, all have a much clearer view of what they want for their futures. But, as Yugo faces one challenge after another at Ezono and strengthens his bonds with his classmates, he begins to grow stronger both physically and mentally… This is a coming-of-age story filled with sweat, tears, and literally a lot of dirt.