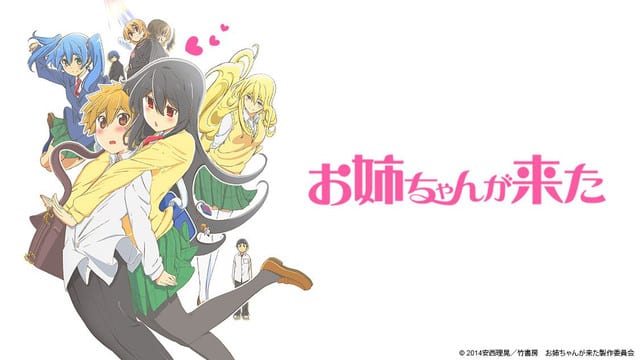 The stream announcements continue with major online anime streaming service CrunchyRoll confirming their plans for Onee-Chan ga Kita (お姉ちゃんが来た)… surprisingly a series without any localization made to its name. This series is adapted from the comedic 4koma manga series by Riko Anzai, and will be available via the website for premium subscribers from the 8th January 2014 at 12PM Pacific Time.

The region restrictions aren’t extreme, and provided you don’t reside in Japan where they get the episodes on the big screen… you can watch if through CrunchyRoll.

The story revolves around Tomoya Mizuhara, a 13-year-old boy who suddenly gains a big sister when his father remarries. 17-year-old Ichika is a little strange, and her affection for Tomoya is rather overwhelming, if not scary. On top of things, Ichika’s friend Ruri is the ultimate sadist. Then there is Ichika’s big-breasted quarter-Japanese friend Marina.