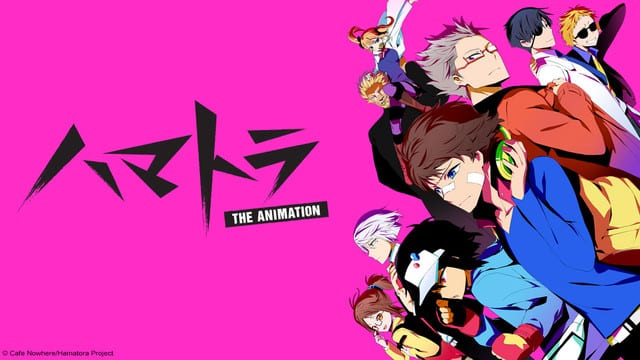 Continuing their long list of acquisitions for this season of anime in Japan, CrunchyRoll has confirmed that they will be streaming Hamatora the Animation from the 7th January 2014 at 10AM Pacific Time for their premium subscribers. Free members will be able to take advantage of the episodes a week later on the 14th January 2014 at the same time.

This series will be streaming in all regions except Asia, the United Kingdom and Ireland. Those residing in these regions should turn to their local anime publishers to see if one of them have picked up the rights to this series.

An original multi-media project with a manga and anime, the Hamatora anime revolves around a group of humans who possess a special hereditary power known as “Minimum,” and are known as “Minimum Holders.” Minimum Holders Nice and Murasaki run a detective agency called “Hamatora,” and when they are hired to investigate a certain case, they cross paths with an old acquaintance, Art, who is chasing the same case as a police officer. As they investigate deeper into each of the cases, they discover that both cases are related, and that all the victims are Minimum Holders, like themselves.