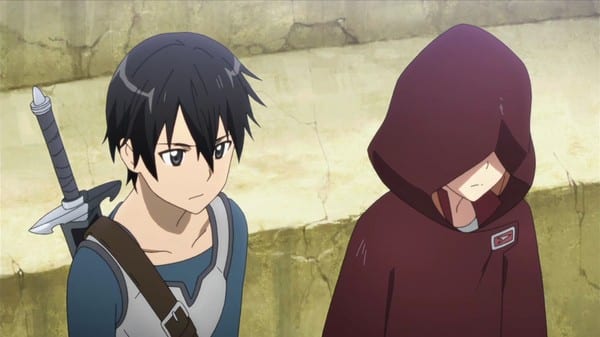 For those fortunate enough to have checked out the .hack//G.U. trilogy of video games, you may recall at the start of the second volume a plot event which resulted in all characters logged into The World R:2 being trapped in the game – with anyone who dies in-game falling into a coma during this time. It was an interesting concept at the time, but only lasted for an hour of game-time at most. Sword Art Online is built upon that same concept, however this time around it sees 10,000 individuals trapped in an online game – with any death resulting in that user having their brains fried.

In the year 2022, the video game Sword Art Online was released on the market for the first 10,000 consumers to pick up. The virtual reality online game is the first of its kind to make use of the Nerve Gear technology which allows the player to more or less experience the world with all their senses. It is comfortable enough that you could technically live there, and after the events that took place during the first day where players were unable to log out – they have no choice but live there. Taunted by the games creator Akihiko Kayaba, they are informed that the only way to escape this world is by completing the 100th Floor of the tower the game is based on. But if they die in the game, the Nerve Gear will “fry” their brains resulting in their death. Male protagonist Kirito, a former beta tester for the game, is one of those 10,000 people and begins his way up the tower with the other gamers. 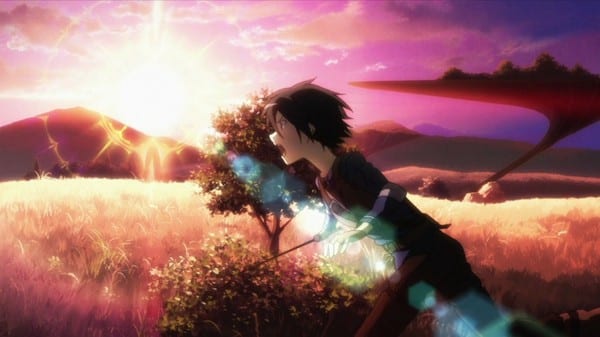 Ignoring the logistical fallacy with this plot (Including the fact that surely Japan would have some research team able to crack the Nerve Gear over the many months this series takes place during), the first collection proves to contain some interesting ideas and embraces the “online game” setting of Sword Art Online. Every episode or set of episodes cover a different aspect of an online game world with them being adapted to suit the predicament all the players are faced against – beta testers, forming a guild / guild disputes, playing killing, exploiting the system and helping out a newbie are just some of the possible mechanics.

While touching upon the trials and tribulations facing the players when they try to complete Level 1, the time jumps become immense and after a few episodes they are already at the halfway point with Kirito doing pretty much nothing. Unfortunately we don’t get to see much either, as unlike most other anime publishers on the market that would almost exclusively choose to work with half-season or full-season releases, Aniplex of America have chosen to split Sword Art Online into quarter-season collections which have been adopted by other regions as well. However by the end you should have a good grasp of the concept behind Sword Art Online, and begin to see the relationship forming between Kirito and main female protagonist Asuna. 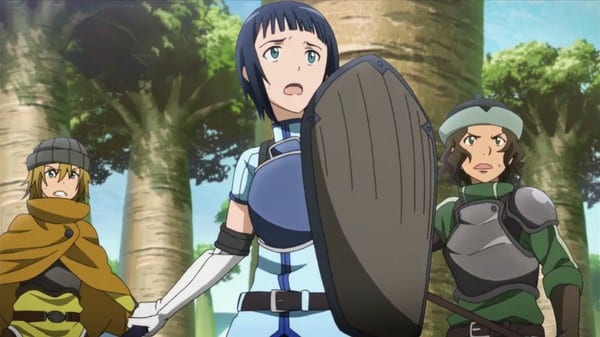 Most of the character development in this series focuses on Kirito and later Asuna with all other characters at this moment being incidental, although it is clear that they will be making a return later on in the series. The characters themselves are interesting with distinct personalities and responses to themselves being trapped in the world – some adapting for the better, some struggling to come and some being killed of through trivial disputes (or traps set by the game in some cases).

While not being overly creative with the character attire as many online games seem to do nowadays, Sword Art Online is portrayed as being exactly what one would expect from a futuristic online game – bright vibrant game environments, menacing looking boss monsters and stunning action scenes that highlights the effort A-1 Pictures evidently put into designing the world for its anime adaptation. There is nothing much else to say on this except that this series warrants the blu-ray release it was given. 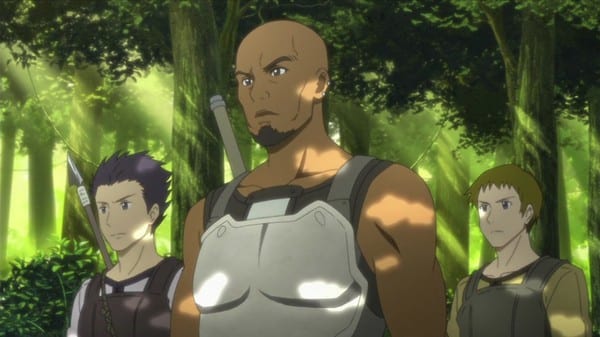 Sword Art Online features a single opening sequence (crossing field by LiSA) which is an intense song with suitable and well-designed animation to go alongside it, and is worth a couple of watches at least. The ending sequences (Yume Sekai by Haruka Tomatsu) is a softer song the features simpler animation but still may be worth watching once or twice before you hit fast forward on your DVD / Blu-ray player. The rest of the soundtrack also ties in well with the setting of Sword Art Online.

While both dubs are decent enough that you should be happy with whatever your language preference is, the English dub is quite good in comparison to earlier dubs produced / commissioned by Aniplex of America. Bryce Papenbrook and Cherami Leigh suit the lead roles of Kirito and Asuna nicely, with other notable voice actors / actresses including Patrick Seitz as Agil, Sarah Williams as Lisbeth and Kirk Thornton as Klein. 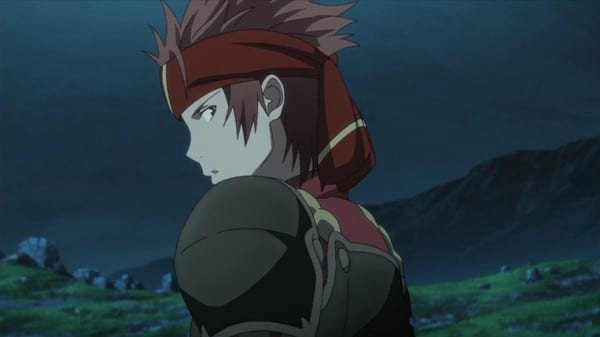 Unlike the North American release which came with a wealth of extra goodies, the Australian release which was published by Madman Entertainment only came with clean opening and ending sequences. Similar to what the publisher did with Wolf Children, they did however sneak something little in the case of (at least) their first print releases – seven art cards based on characters from the series. They are quite nice to look at, but something you would never reasonably use other than to occasionally stare at and admire.

Being only seven episodes into the series, it is hard for me to comment on this series as the main plot doesn’t seem to have gotten into full gear just yet. With the Aincrad arc set to conclude next volume (To be released in January 2014) however, I will be interested in seeing how they resolve the arc and if they end up rushing things just to squeeze the Alfheim arc in the same 25-episode season. The production team so far have shown some interesting ideas and the writers have evidenced that they have a good handle of the online world environment. Let’s hope this trend continues when they can’t just hide behind episodic events.