Funimation Entertainment Announce Home Video Release Dates for The Devil is a Part-Timer, Hetalia: The Beautiful World and Senran Kagura 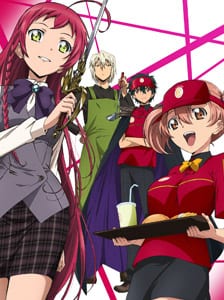 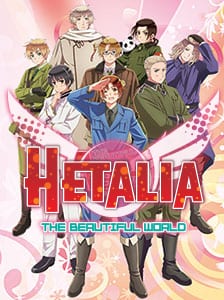 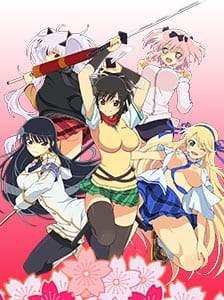 The Devil is a Part-Timer
Summer 2014 on DVD and Blu-ray
Foiled by a hero when he’s inches away from conquering the world, the devil finds himself in modern-day Tokyo. With no real-world skills to speak of, the devil is forced to make ends meet flipping burgers at a fast food joint! To stall any further plans of world domination, the hero tracks the devil’s trail and takes on the lowly tasks of a telemarketer.

Hetalia: The Beautiful World
Summer 2014 on DVD
The Allied guys and Axis boys are back in Hetalia: The Beautiful World! It’s Season 5. As in high-five! And when we high-five, a tiny kitten appears with a wee banjo! And he’s playing a song about a cupcake and it’s freaking adorable! But then Prussia shows up and yells at the kitten. But the kitten doesn’t get sad, because, dude… Claaaassic Prussia.

Senran Kagura
Summer 2014 on DVD and Blu-ray
Curvy Asuka and her girlfriends are typical high school students – except that they’re secretly learning the ways of the ninja! Get an education in action-packed naughtiness and sexy slapstick fun, as Asuka’s gorgeous gang takes on the hardest-hitting – and hottest – fighters in town!