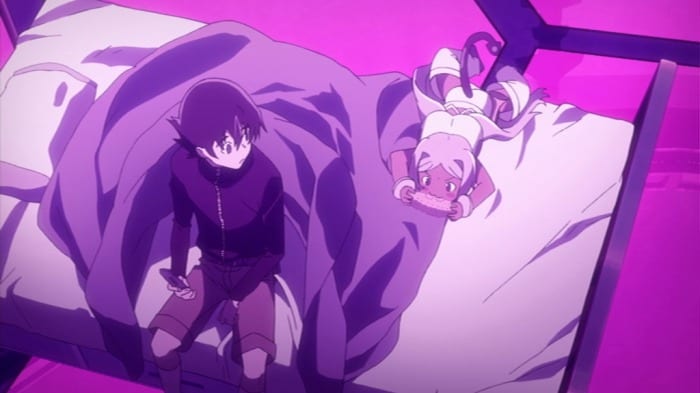 While it may have been more impressive when its manga began running in Japan back in 2006, the concept behind The Future Diary / Mirai Nikki where a group of strangers are pitted against each other in an (often) life or death scenario has been played in many animated and live action series that have been published internationally over the past few years including Sekirei, Eden of the East, The Hunger Games and what could be considered its Japanese counterpart Battle Royale.

Therefore when it comes to the overall Future Diary experience, it becomes less about the concept itself and more about how the specifics are delivered. Fortunately, while they do speed through characters at a rapid pace at times and have left many mysteries still open – Collection One hit the mark quite well and left me wanting more.

Future Diary revolves around male protagonist Yukiteru “Yuki” Amano, a high school student who is often portrayed as a “loner” or an “observer” of the things that happen around him. Instead of socializing with people his own age Yuki opts to write a diary of the happenings around him on his phone, with his only true friends being “God of Time and Space” Deus Ex Machina and his servant Murmur, both of whom only seem to reside in his head. This all changes when his diary is expanded through Deus’ power in return for unknowingly taking part in a game. In return for obtaining a diary than can offer him the capability to read future events similar to how he wrote his diary, he must take part in a game where he must take down other human participants in order to become Deus’ successor. 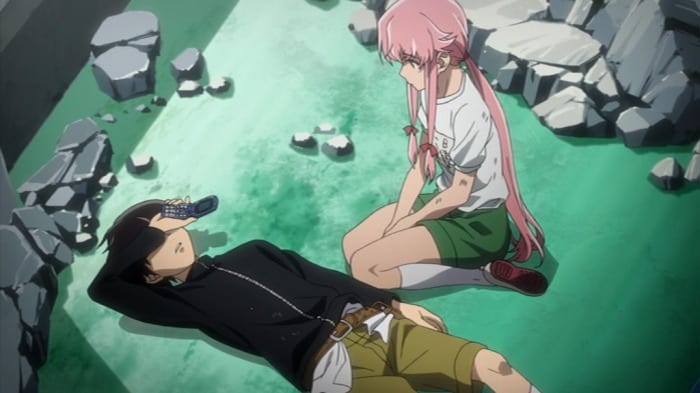 Being considered the participant most hesitant about the ongoing feud between diary-holders, Yuki is contrasted by the female protagonist Yuno Gassai whose special diary gives her the ability to keep a track of Yuki, and is not only incredibly possessive of him but also more prone to resort to drastic measures. While it is made clear that there is more to her personality, this is only hinted at in first half-season contained in this collection. Faced by the threat of his first “DEAD END”, Yuno proves to become a solid ally for Yuki, and not only helps him survive against the threat of the “Third”, but subsequent attempts on their lives. Her development so far has proved interesting, but it is clear they are saving a major surprise that warrants her obsession with the protagonist until the end.

Similar to other anime series running with the “Fight to the Death” concept, while there is a small set of main characters present in at least this collection (Yuki, Yuno and fellow competitors Minene Uryuu and Keigo Kurusu), most of the other competitors are given minimal character development and only last a few episodes until they are essentially killed off – either by physical death or the destruction of their phone. While it is a shame that their roles were cut short given some of them are genuinely interesting, they provided unique scenarios / uses for their diaries / offenses that made each mini-arc stand out against one another. They were also joined by a number of “non diary users” who seem to be serving as nothing more than recurring characters, although don’t have much of a defined role yet.

Despite some characters having their roles cut short, the personality pairing and development progression of Yuki and Yuno seems to be going satisfactorily, and the first collection ended on a noteworthy cliffhanger that left me really wanting to dive into the second half-season collection (Set for release in December 2013). Do be aware that there is some content in these first episodes that may not be appropriate for the younger audiences – including references to rape caused by members of a cult. 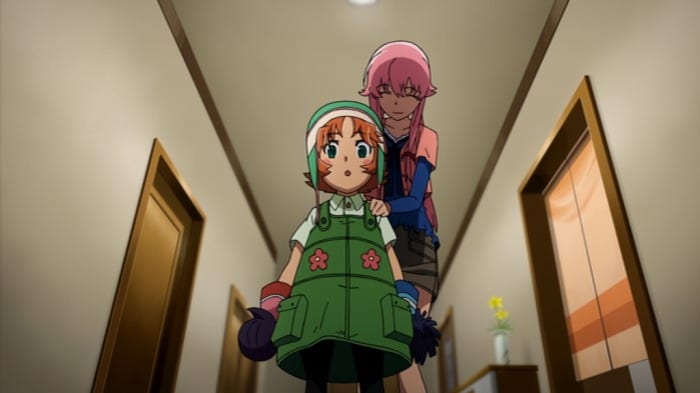 Surprisingly unlike many other popular anime series, neither North American or other international version saw anything but a DVD release. The design quality of The Future Diary is overall above average, with character designs and backgrounds that are well detailed and suit the darker themes of the episodes when necessitated. While coming off as unnatural, the design quirk for this series are the psychotic facial expressions that animation studio Asread throw in occasionally – an indicator that someone is either in their “pissed off” or “Shit is going down” mode.

Similarly to the content in a few of the episodes, this DVD release is the uncensored Japanese version – and you should expect to see a few bare female chests among other things. 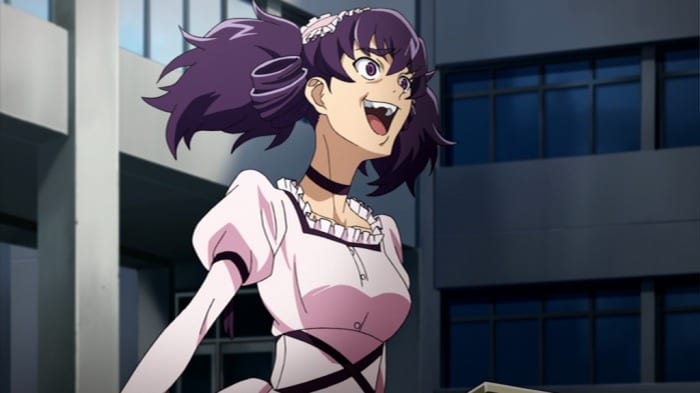 The Future Diary comes with each a single opening and ending sequence during the first half-season run. The opening Kuuusou Mesorogii (Fantasy Mythology) by Yousei Teikoku was pretty much everything I would look for in a series of this type – fast paced music, fast paced animation and going out of its way to gain the viewers attention. The ending sequence Blood Teller by Faylan was also strong with a solid song and active animation. The remainder of the musical backing in the episodes was also a highlight for the series, and suited the many intense action-oriented moments in particular.

As with almost every other anime series currently available from North American publisher Funimation Entertainment, this release comes with both the original Japanese and a newly produced English dub. While I would be inclined to say that the Japanese dub is a bit more superior when compared, the English voice cast do a solid job with both Josh Grelle and Brina Palencia serving as the main characters well. A few highlights from the dub include Kent Williams as Deus Ex Machina, Lindsay Seidel as the adorable yet psychopathic toddler Reisuke Houjo and Emily Neves as Minene Uryuu. 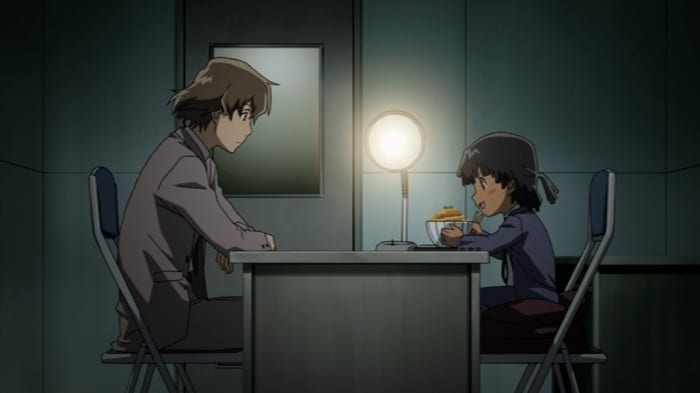 While not going overboard with the extra on-disc content, there is enough to take up an hour or two of your time after finishing the episodes – including commentaries for Episodes 5 “Voice Memo” and Episode 13 “Unknown Number”, an omake version of Episode 5 focusing on Yomotsu Hirasaka, TV sports, textless opening and closing sequences and trailers for a handful of anime titles that will differ depending on your local publisher (In Australia, this would be Madman Entertainment’s assortment of: Majikoi! ~ Oh! Samurai Girls, Kamisama Dolls, Berserk: The Golden Age Arc I, Blood-C and Is this a Zombie?)

While due to progression of the series, The Future Diary isn’t able to dedicate enough time to fully develop some of its characters before they are obliterated from the game and life itself, the main characters have so far been well developed while leaving much to look forward to in its latter half.