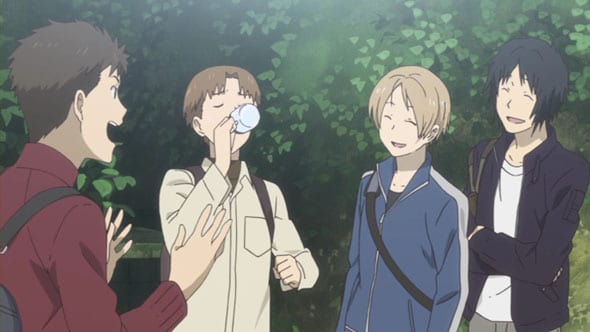 In addition to the release announcement for Hanasaku Iroha, Nippon Ichi Software America have also confirmed their release of Natsume’s Book of Friends Season 4 as part of their obligatory premium edition releases. After two past releases (The first encompassing seasons one and two and the second comprising of season three), this installment is set to bring NIS America up to date with all currently available seasons of the show.

The release will come with all the usual Premium Edition goodies at a premium edition price, however ordering through the NIS America Online Store will net you a small extra bonus – a “Natsume’s Bookmark of Friends”. Not really a title seller I know, but if there is little benefit from ordering between one place or another it may be a tipping point.

Still in possession of his grandmother’s Book of Friends, Natsume spends his days returning the names of yokai to their rightful owners. He has been learning how to deal with the yokai and humans that surround his life, but the time has come for him to deal with something even more difficult — his own past, and future.