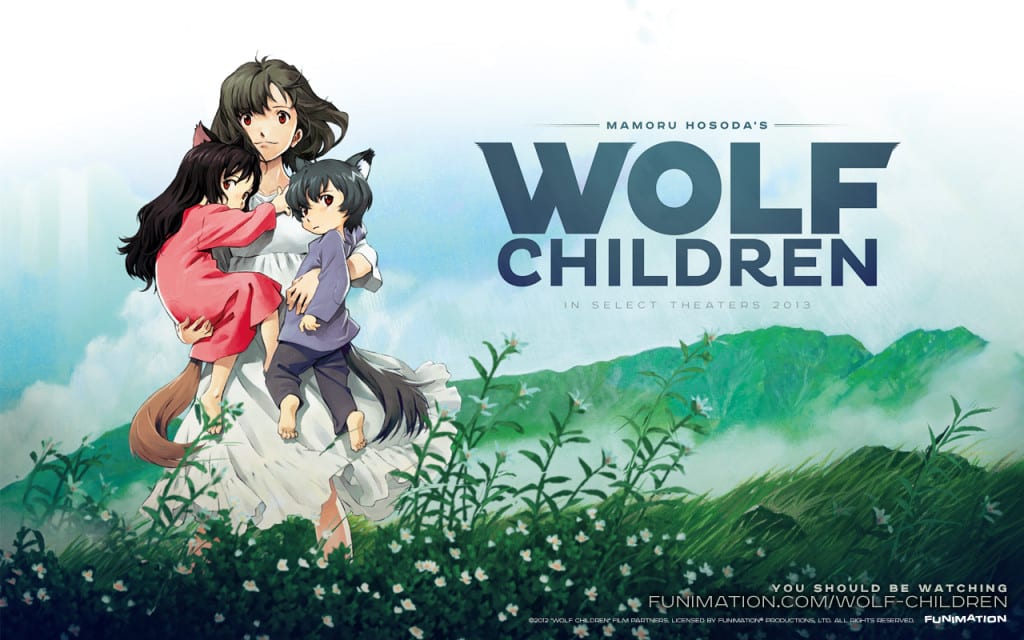 One of the titles I have been most eager to hear the English voice cast of is Wolf Children. During Anime Expo 2013, Funimation Entertainment unveiled that Mike McFarland is serving as the ADR Director for the film as well as a list of voice actors and actresses who will voice one of the significant characters in Wolf Children. You can check out this list below:

The English dub of this film will be premiered at this years Otakon event in August, with hopefully a physical release to follow soon after. While I am currently waiting for the film to hit retail shelves before I write up my in-depth review for it, I do have an interview with the director Mamoru Hosoda from this years Gold Coast Supanova Event as well as a review of the official art/guide book for the film. My interview with the legendary director himself was even featured on the official Wolf Children English website.