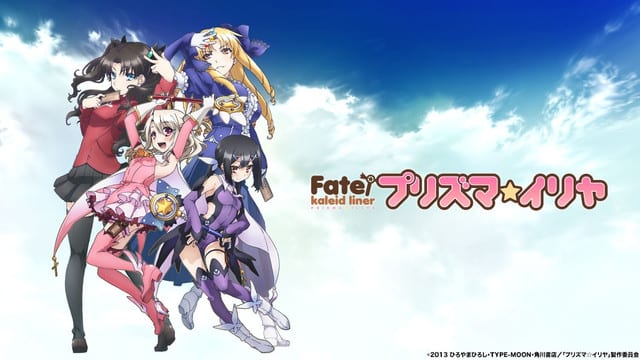 The latest simulcast announcement to come out of online anime streaming service Crunchyroll is for Fate/kaleid liner PRISMA ILLYA. This series takes place in an alternate reality from the events of Fate/stay Night, and as you may be able to tell from just the above image is considerably different despite several overlapping characters.

The streaming is set to begin on the 12th July 2013 at 11:00am Pacific Time for Premium Subscribers while free members will be able to view the first episode one week after initial broadcast. Additional episodes should be available at the same day and time each week until the conclusion of the series.

Based on the manga by Hiroshi Hiroyama, Fate/kaleid liner PRISMA ILLYA is an alternate universe take on the famed Fate/stay night series and features animation production by studio Silver Link (Kokoro Connect).

Illya (Illyasviel von Einzbern) is a typical young girl attending Homurabara Academy who just happens to have a slight crush on her brother-in-law. Then, one night, a magic wand called Magical Ruby falls from the sky into her bath and tricks her into signing a contract…

Oddly enough Australia seems to be omitted from that list, hinting that Madman Entertainment may have acquired the rights to the series and will be doing their own stream.