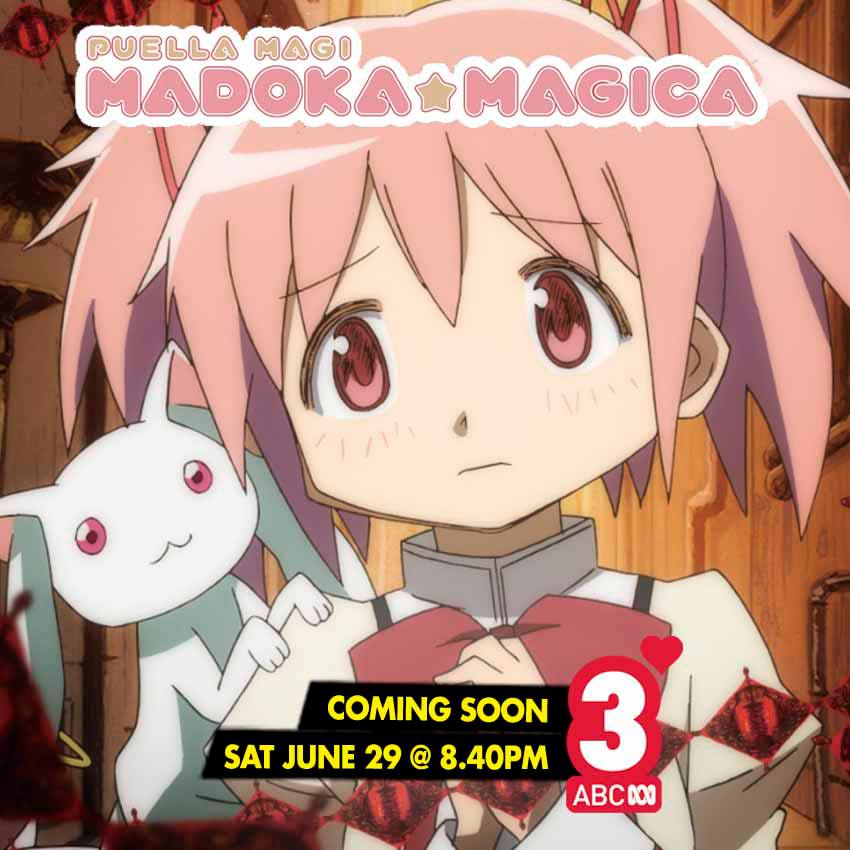 A few months ago, Madman Entertainment and ABC teamed up to showcase the very first episode of Puella Magi Madoka Magica on television screens around Australia. However this was just the first episode and there was no word on when additional episodes would be screened.

The good news is Madman Entertainment have today confirmed that the entire series will begin screening on the 29th June 2013 with additional episodes airing each Saturday at 8:40PM. This will only be screened on ABC3 (Channel 23) which while not being the companies young children channel is dedicated to more youth-oriented shows and has played host to a number of anime titles in the past.

Madoka Kaname is an average 14-year-old girl who loves her family and friends. One fateful day, this all changes when she has a very magical encounter with a strange creature called a Kyubey. Kyubey have the power to grant one wish to chosen girls. However, in exchange, those chosen must become magical girls and use their powers to fight against witches, evil creatures born from darkness and catalysts of despair. Was this encounter by chance or fate? No matter the circumstance, this will surely change her destiny. This is the beginning of a new magical girl story…

If you are not familiar with this series I do recommend checking it out – as it was my Australian Anime Release of the Year 2012. However, be warned that despite the magical girl vibe it is far from your normal child-friendly show.