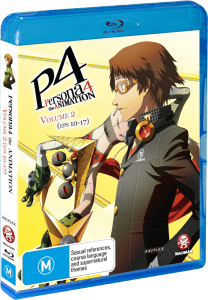 Title: Persona 4 the Animation Volume 2
Encompasses: Episodes 10-17
Published by: Madman Entertainment (Australia / New Zealand)
Based on: Persona 4 on the Playstation 2 / Playstation Vita
Genre: Murder Mystery, Comedy, Drama, Action-Adventure etc
Audio: English and Japanese Dubs
Subtitles: English and…. French
Runtime: 225 Minutes
Classification: This title has been classified as M for Sexual References, Coarse Language and Supernatural Themes
Special Thanks: Madman Entertainment for providing me with a copy of this release to review!

Yu finds himself joining with a group of eight other teenagers in a desperate bid to solve the mystery. A mystery that is somehow connected to both the local weather patterns and a strange video game world which Yu, his friends and the enigmatic killer can all enter. However when a new murder victim is discovered in Inaba without appearing on TV, Yu and the others are back to square one. Naoto Shirogane, boy detective, is brought in to help with the case. Can they solve these mysterious murders and tie it back into the mysterious world of the Midnight Channel? 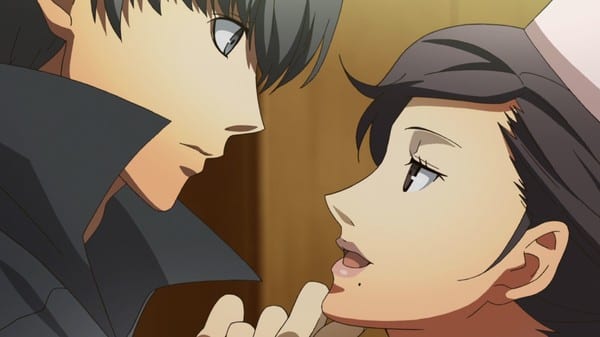 Now if you are familiar with the North American release of Persona 4 the Animation from the team at Sentai Filmworks, you may be wondering what is going on with the Australian releases of the series. Australian anime distributor Madman Entertainment alongside Kaze (A PAL region distributor) have decided to spread out the release of Persona 4 the Animation over three volumes instead of two. While this may sound illogical at first, in return for this they were able to secure both English and Japanese dubs for the blu-ray release in PAL regions which was not possible with the North American release.

While this is a good thing for fans of Japanese dubs in anime, it has had some impact on the release schedule. Initially a volume of Persona 4 the Animation was set to be released to retail every two months, however despite the first volume being released in early-January, we have had to wait more than four months until the second half of May to get the second volume in our hands. Granted this wait was supplemented by Australian releases of Persona 4 Golden and Persona 4 Arena, but if anything I would have rather had the second and third volumes complement these releases than tail on after the interest has died down a bit. But ranting aside, lets get on with this review!

To briefly recap, the events of the series surround the rural town of Inaba, where the formerly-unnamed protagonist Yu Narukami has been sent to live for a year with his uncle and younger cousin. Almost immediately upon his arrival the town sees itself at the center of a string of murders where the victims are found hanging from television antennas. At the same time a mysterious television program known as the Midnight Channel has begun inexplicably airing on rainy days which shows what is implied to be the next victim of the string of murders. Utilizing their abilities of entering a world within television sets and the ability to summon Personas, Yu and his friends fight to rescue others who have been thrown in from shadows that lurk within and personifications of their personality. 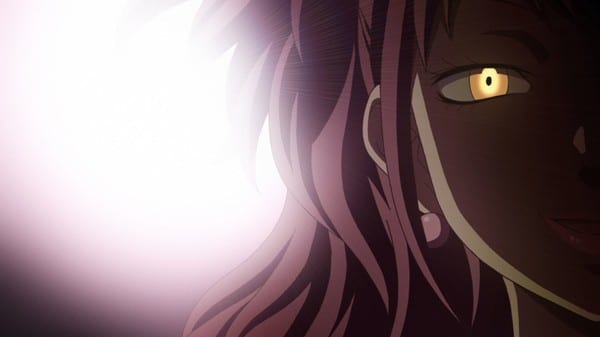 Within the eight episodes included in the second volume, quite a lot of content is covered. It picks up from where the first volume left off, with idol Rise Kujikawa finding herself trapped in the TV world with the “Investigation Team” going to search for her. This volume continues on from this all the way until the conclusion of Naoto Shirogane’s arc. Therefore, for those of you who are not familiar with the game series, this encompasses three major trips into the TV world for the characters. For the most part, episodes focusing on this aspect of the game are done pretty well and while they stick close to the source material they do replace the RPG-style battle sequences with a merger of persona battles with development of the characters as they come to grips with their other selves standing before them.

As each TV world trip takes two episodes each (For a total of five this volume), this leaves three additional episodes for this volume to bring the other aspects of the video game franchise into the mix. This includes a two-part Summer Vacation arc with a focus on Yu forming the social links that might have otherwise been trickier to write into the series and the school trip episode. The school trip episode in particular was interesting, and while it successfully managed to bring the settings of Persona 3 and 4 together as they did the game – the writers worked well with the freedom they had surrounding Yu’s personality and delivered what I think was an even more enjoyable experience than the source material.

Many of my comments from my review of Volume 1 (See HERE) still stand after watching this second volume. I still think it is debatable if the storyline would appeal to many people outside of the already Persona-savvy audience as the time isn’t initially spent developing every tiny detail the game does. But as a fan of the series I thought it was nice to see that while they remain true to the source, they have adapted it well into the anime environment (eg. Social Links / Personas) without having a negative impact on the overall experience. Instead, while I wouldn’t say that all alterations worked for the better, some of them did genuinely enhance the experience and helped keep the adaptation fresh for someone like me who has played the main game several times round. 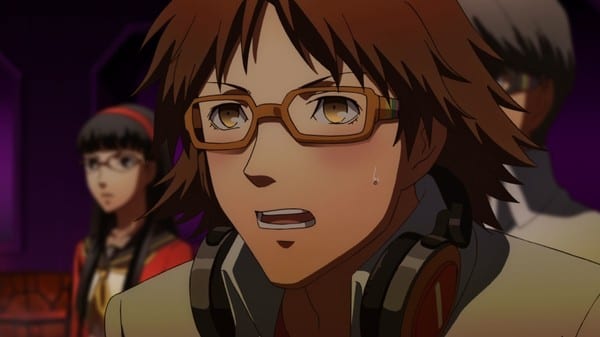 My thoughts on the design and visual quality of this series has not changed since my first review. Character designs, environments and visual features were of good quality and remained faithful to the original source material, while the animation quality does still jump around between the episodes.

The music and voice acting elements of this volume leave much more room for discussion. This volume features a brand new opening sequence “key plus words” by Shihoko Hirata ft. Yumi Kawamura which ups the intensity from the original opening sequence while the new ending sequence “The Way of Memories – Kizuna no Chikara” by Shihoko Hirata carries over the role of the original by highlighting the social links that Yu had developed up to that point in the story. Also featured is one new incidental opening theme “Burn by Dread” by Yumi Kawamura which fans will recognize as the opening sequence for Persona 3, and an adorable incidental ending sequence “Koi Suru Meitantei” by Yui Horie themed after the imagination and drawings by Nanako. All four themes were accompanied by a mixture of new, old and remixed tracks that were appropriately used during the episodes and not noticeably overused.

The voice acting also had a few notable amendments to its casting. From episode 14, Troy Baker who provided the voice for Kanji Tatsumi handed over the role to Matthew Mercer who to be fair actually did a decent job of the character. While present in volume 1 it was also more noticeable that Mary Elizabeth McGlynn took over the role of Naoto Shirogane in the anime adaptation. Given she also voiced recurring character Noriko Kashiwagi in both anime and video games, sometimes it felt the voices weren’t different enough. As for my notable voice acting mentions of this review, I will have to definitely go with Amanda Winn Lee as Yukiko, Yuri Lowenthal as Yosuke and perhaps one of the characters that has really grown on me in the past few months… Michelle Ann Dunphy as Margaret. 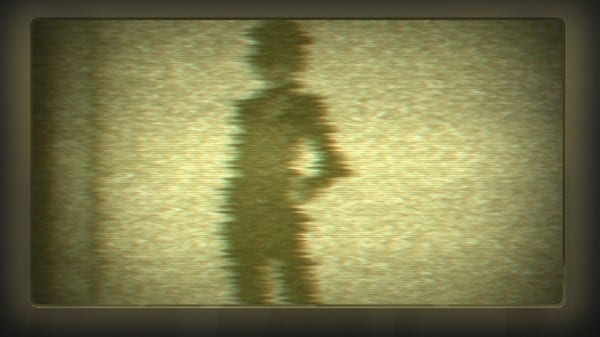 Given the added wait for this release, you may have been expecting quite a few extra goodies. If you consider in the fact that there are a number of new opening and ending sequences present in this volume you may have been expecting at the very least some clean OP/ED sequences in the same karaoke style they did the last volume right? Well actually…. there is absolutely none of that with the only extras being two of those random dramas “Mister Jikken” and “Magical Jikken”. I must admit I was left disappointed given what they could have offered.

Lack of extra goodies aside, I still remain satisfied with the production and localization work that has gone into the title, and am eagerly awaiting the final volume which will hopefully not be delayed any longer. Newcomers to the series may want to check out the game first to be able to fully appreciate the series, but otherwise if you have made it this far and already purchased the first volume, then you can expect much more of the same in the second.