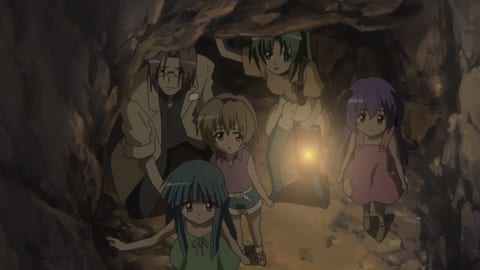 Australian anime publisher Siren Visual have today announced that August will be a month for box sets from the company, with both a complete series collection for Higurashi no Naku Koro ni Kai and complete DVD and Blu-ray collections to be released for Shiki – both titles which were released last year, the former an Australian English-localized exclusive title. 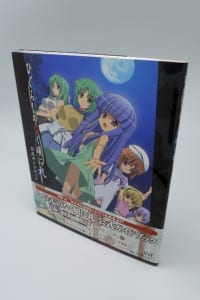 But as both of these releases are special to the company, they have confirmed that goodies will be randomly given away to those whom pre-order both titles. For Higurashi no Naku Koro ni Kai they are randomly giving away a 100+ Higurashi Japanese production book (Pictured to the left) which comprises of storyboard art, episode recaps, key image galleries and more…. and is an official Japanese import to boot! Some other folks will walk away with a swish ceramic cups depicting the series main character Rika Furude. These too are of course officially imported goodies.

With their Shiki box sets, the company still have a small number of their little blood vials for pre-order customers, as well as unknown “other bits and pieces from the Siren archive”. August is also going to see the companies world exclusive release of Mononoke on DVD.

The endless cycle of hatred and death that befell the small village of Hinamizawa continues… On a hot summer day in 1983, a transfer student named Maebara Keiichi comes to a peaceful rural village in Hinamizawa. There he befriends his classmates Rena, Mion, Rika and Satoko. Just as Keiichi is beginning to assimilate into simple rural life, he stumbles upon the dark history of Hinamizawa – every year for the past four years, one person has been murdered and another has gone missing on the day of the Watanagashi Festival.

When citizens of a secluded village begin dying off in alarming numbers, the sole hospital’s head doctor tries desperately to save his patients, but his efforts are in vain. Entire families are wiped out while others desert their homes. All hell breaks loose as the villagers discover their loved ones’ corpses are rising from the grave with an insatiable thirst for human blood. Haunting, hallucinogenic and unnerving to the core, Shiki stares into the hearts of both the hunter and the hunted. Who is safe when the urge to kill in order to survive blurs the line between man and monster.