A Recap of Gold Coast Film Festival 2013 Articles, with More Still to Come

Big events always seem to arise when there is something big on. For the last two years for example I have had the E3 expo held during both a Graduation ceremony and the same week my Masters degree thesis was due – and this year is set to be no different with is due to be held during a rather frustrating exam block. But while many of these events I could quite happily put down to some conspiracy merged with very bad coincidences, I was a few weeks ago fortunate enough to have some lee-way in attending several events at the annual Gold Coast Film Festival.

As you can no doubt tell given the number of reviews released this month, I am still bogged down with work. Therefore while my articles have been coming out at a steady pace, reviewing is pretty much on a case by case basis at least until I can harmonize the balance between work and reviewing. However, this by no means will prevent all my reviews from the Gold Coast Film Festival 2013 from being released eventually, with several of them already released. The purpose of this article is to highlight what I have coming and what is already available to read on this site if you haven’t already.

What is Currently Available for Reading

Review of The Garden of Words / Kotonoha no Niwa

My interview with Makoto Shinkai was featured on the official English-language Facebook page of CoMix Wave Films, while both review and interview were featured on Mr. Shinkai’s own Twitter page. 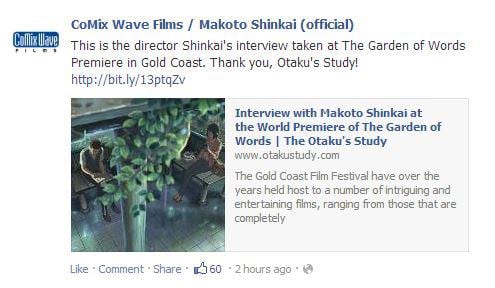 Woo! For everyone who attended the screening, you might agree with me that it was an enjoyable night!

While not attending the screening itself, Mamoru Hosoda was in attendance during the Saturday Supanova festivities and not only hosted a Q&A session but also signed posters for a set number of fans. I currently have my poster framed and hanging on the wall to the side of my computer desk.

Considering my plans for the event were pretty much last-minute and conflicted with assignment due dates, I was unable to attend all the sessions I had wanted to see (One example of this being the screening of My Other Me: A Film About Cosplayers) but I did get to attend the red carpet opening night which included the official opening and a screening of The History of Future Folk.

What is Soon to be Available for Reading

The History of Future Folk

Review of The History of Future Folk

While you may be rising your eyebrows about me reviewing a live action film – considering most film reviews on this site are for titles that are at the very least animated in some way… but it is hard to pass up on this rather interesting gem. If I had more time for planning, would have loved to have interviewed Jay Klaitz whom was one of the two main characters in the film. Also have a signed poster for the film but it decided that after being framed it didn’t want to stay on the wall…. narrowly avoided crashing into my head. 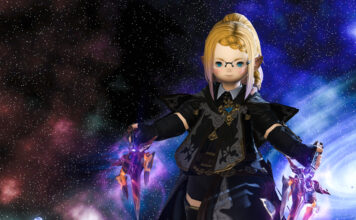